In keeping with the tradition of recent films, a series of character portrait posters have been revealed for the upcoming James Bond adventure 'No Time To Die'. Although character names are not on the posters, the six released are: Daniel Craig (James Bond), Lea Seydoux (Madeleine Swann), Rami Malek (Safin), Lashana Lynch (Nomi), Ana de Armas (Paloma), and Ben Wishaw (Q). 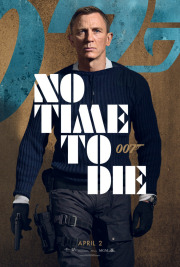 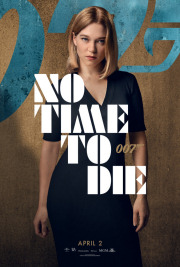 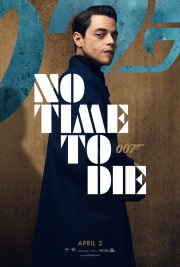 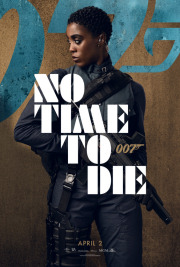 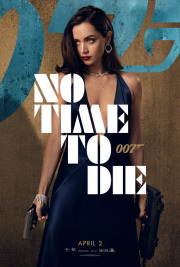 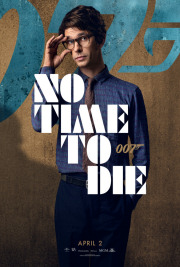 The press release issued by MGM included the same plot synopsis as the one released back in April, but of note was the updated cast and crew credits:

Director: Cary Joji Fukunaga
Writers: Neal Purvis & Robert Wade, and Cary Joji Fukunaga and Phoebe Waller-Bridge
Producers: Michael G. Wilson and Barbara Broccoli
Cast: Daniel Craig, Rami Malek, Léa Seydoux, Lashana Lynch, Ben Whishaw,
Naomie Harris, with Jeffrey Wright, with Christoph Waltz and Ralph Fiennes as "M"
Also starring Rory Kinnear, Ana de Armas, Dali Benssalah, David Dencik, and Billy Magnussen
As reported back in July, Christoph Waltz will be returning as Blofeld, although in a smaller capacity than 'SPECTRE'. This has yet to be officially announced, other than his inclusion in today's updated credits.
'No Time To Die' will be released in the UK on April 2nd and in the USA on April 10th, 2020.