'No Time To Die' was finally unveiled to the world tonight as 57 screenings took place simultaneously across the globe. London led the celebrations with the Royal World Premiere at the Royal Albert Hall. Cast and crew were joined by The Duke and Duchess of Cambridge, as well as the Prince of Wales and Duchess of Cornwall. It was unusual in that two separate generations of royalty came out for Daniel Craig's farewell as James Bond. 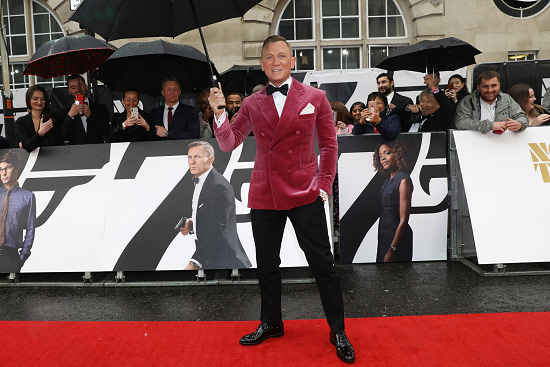 Guests entered the red carpet through a giant gun barrel before catching a glimpse of some of the cars and vehicles featured in the film including the Aston Martin DB5 and the Aston Martin V8 last seen in ‘The Living Daylights.’ 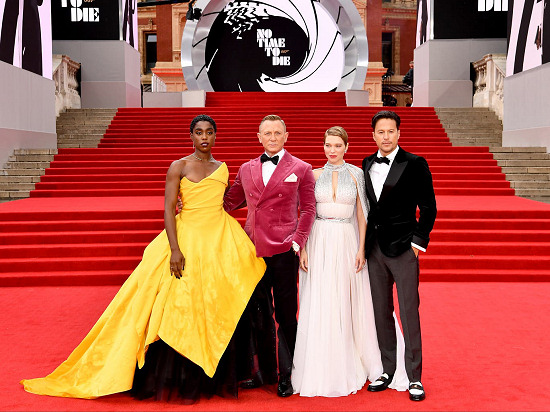 The World Premiere benefited charities supporting serving and former members of the three intelligence agencies (the Secret Intelligence Service, the Security Service, and GCHQ). The evening also assisted charities supporting past and present members of the United Kingdom Special Forces. No Time To Die broke the record for the highest sum raised at a James Bond premiere with over £1,000,000 generated from the night. 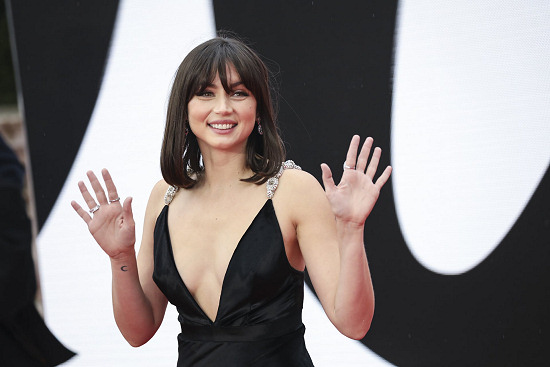 As the Royal guests took their seats the fanfare was performed by the Band of Her Majesty’s Royal Marines Portsmouth. Michael Wilson began his address with, “The night we’ve all been waiting for,” which was followed by excited applause. Wilson continued, “We want to celebrate all the real characters – the NHS and the frontline services who have continued to help us through this crisis.” The producer thanked both MGM and Universal, “for supporting us and ensuring that this film had a cinema release.”

Before he could hand over to writer/director Cary Fukunaga, Barbara Broccoli took the microphone, “I would just like to say thank-you to Michael Wilson who has been an amazing producing partner and fabulous brother.”

Fukunaga said, “I am humbled and honoured to be here in your presence tonight…I am more than thrilled to be sharing with you guys No Time To Die the 25th Bond film.” He then introduced each of the cast who joined him and the producers on stage. 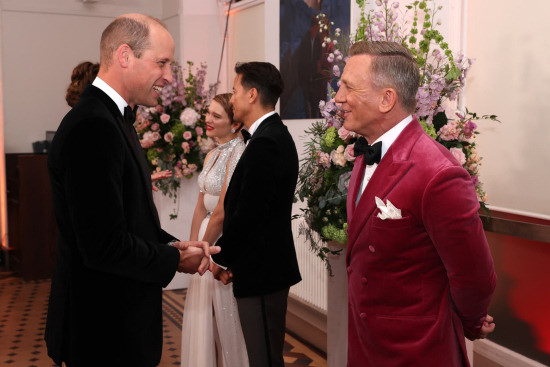 The last words of the night went to Daniel Craig: “I just want to thank your Royal Highnesses for being here this evening and making this special evening, more special. It’s just incredible. I’d like to thank a few people, to everybody at the Royal Albert Hall, all of the people who organised this evening. Just look at this! Look at us, where we are, this is just remarkable! To our amazing cast and crew. To MGM, to Universal. To Barbara and Michael, who just hold this together and hold this family together so beautifully. We have a lot of front-line workers here this evening. It is an honour for us that you are here…We’d like to dedicate this film to you this evening. Enjoy.”

With that, the lights went down and Leo the lion roared...