The resurrection of James Bond after No Time To Die

Do not proceed unless you have seen 'No Time To Die'.

That's the monumental plot twist, the biggest spoiler since Luke Skywalker learned of his parentage, bigger than Bruce being dead for two-thirds of ‘The Sixth Sense', that we who have seen 'No Time To Die' have been keeping under our collective hats since the film's release. Or at least some of us have, because in this age of social media, news travels faster than Elliot Carver in his feverishly-typed imaginings could ever have conceived - although his maxim “there's no news like bad news” seems to be truer than ever. It's hard to fathom how our antipodean compatriots will have weathered this particular storm without succumbing to the memetic power of a piece of information that is as culturally significant as this is.

As a modern audience, we've seen a plethora of films that set out to surprise us with a narrative bombshell that will leave us sideswiped - and hopefully tight-lipped. However, even M. Night Shyalaman at his twistiest only dreams of the kind of impact 'No Time To Die's ending has. Because 'No Time To Die' not only knocked us on our proverbial asses (let's be honest, if we'd have deen standing up when we saw that moment, we'd have been on our butts a second later), but also left us wondering how this would affect the longest-running and globally beloved franchise that hangs everything it has on the central character's survival. In short, it left us with a very real sense of “what happens next?”

It is a very valid question, because not only do we have the emotional gut-punch of seeing our screen hero die - for many of us a hero we have literally grown up alongside - we are also (as we are still reeling from the shock of it) given the rather confusing (if oddly reassuring) piece of information, which is James Bond Will Return. Now, resurrection might be one of Bond's confessed hobbies (perhaps alongside lepidoptery), but Bond is unlikely to rise phoenix-like from those particular ashes.

This has obviously left many fans deeply hurt, a sense of betrayal in their hearts, which is quite understandable. Why would Eon kill off their 'cash cow' carefully-tended franchise and family legacy? How could they disappoint the fans so callously? Well, that is certainly one way to look at the situation, but there are benefits to this turn of events that perhaps aren't immediately obvious.

But first of all, let's look at how Bond can be both dead and also be promised to return. I think the answer here is relatively simple and it sort of aligns with my Bondiverse Theory (or Multiple Bonds Theory, if you prefer).

We've all heard of Multiple Worlds Theory and the concept of the multiverse, but in the simplest terms, it allows for all possible outcomes to every possible action. To me, each incarnation of Bond exists in one or more of these separate universes. They are, apart from Craig's Bond, all the same character, sharing almost identical experiences, but in different and distinct realities. This allows us to account for them looking different, being of different ages, not appearing to age, while also having an essentially identical set of memories and experiences. But it also accounts for other discrepancies, such as Blofeld not recognising Bond in 'On Her Majesty's Secret Service', because you can easily say that in that reality they simply hadn't met before. Admittedly, this isn't exactly science and this is only a retroactive way of explaining the arbitrary decisions made by the producers of these films over the last 60 years, but it is the theory that works best for me in explaining how we can have an ageless hero going on all these missions in different decades. It also helps me make sense of things like imagining Timothy Dalton's Bond having been into space - with Multiple Bonds Theory, he never had to have been the same Bond that blew up a space station, but he still can suffer the pain of Tracy's loss.

In this way, Bond can exist perennially. He never has to age and he never has to die. It's not saying that a version of Bond doesn't die at some point - we just only ever see a version that doesn't. After all, if Sean's Bond was around for the events of 'Die Another Day', he would have been in his seventies and unlikely to have been on active duty, but let's be honest, he probably wouldn't have made it to the sunny Welsh coast to roll around in the diamonds with Halle Berry (although it might have been fun to hear Sean Connery saying “Gustav Graves” a few times).

So, why is it different with Daniel Craig's Bond - why can he die and we can still have Bond return? Well, if each Bond up until Craig was essentially the same character but in different universes, their timelines mirroring, occasionally intersecting or overlapping, then you'd have to consider Craig's Bond existing in a pocket universe. That is to say, he is still James Bond, or rather he is “a” James Bond, if not “the” James Bond. His world, his history, all the events he experiences all take place in isolation from the “classic” Bond timeline.

It's relatively easy to support this argument, too. When 'Casino Royale' came out in 2006, the press and promotion around this new Bond film was very much that they were rebooting the character. The official press notes and website carried an entirely new biography for the character, a different birth year, different military experience etc (although this seems to have been boxed in a warehouse after 2008). 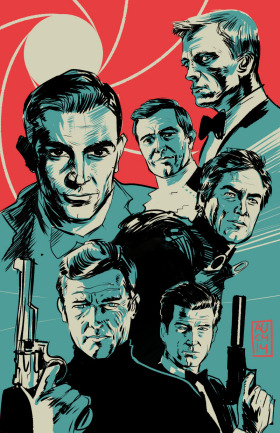 This, then, was never supposed to be the same James Bond. It was always intended for this to be a different incarnation of the same character. It's how we were able to see his first kills and his promotion to 00 status. It's how we could meet Moneypenny and Q and Blofeld again for the first time. It's why he doesn't share the grief of Tracy's death, because they never met. Yes, this gets a bit confusing when elements from the other Bond films start bleeding into his universe, such as the 'Goldfinger' DB5, but these occasional overlapping superspositions just underscore that this isn't the same character by including these obvious mechanical metachronisms. So, not to belabour the point, but when Craig's Bond dies on Poison Island, it is not the same James Bond who stole the Lektor, married Tracy, skied off a cliff, fed a Fed to a shark, or surfed a tsunami.

Craig's Bond was entirely self-contained, separate from the classic character of Bond. His Bond's death is permanent, but Bond isn't dead. What this means for fans is that the “classic” Bond can now return, following the same evolutionary path that went before. For those fans that want a return to certain aspects of the character that they feel have been swept aside, this is good news; perhaps you'll see him smoking and slapping women again, but I hope not. Alternatively, it also means Eon (or whoever is at the helm) can bring back the “classic” Bond, but have that character be anyone they want he/she/them to be in order to be in keeping with the period, the time that Bond exists within. That includes, but isn't limited to, gender, race, sexuality, ability, and age. But before arms are thrown up in despair, remember that Bond has always changed to fit the period he is presented in. To not change with the times is to have your character become anachronistic. Don't believe me, just ask Austin Powers. So, to avoid that, Bond has always changed (subtly, it's true), to be contemporaneous with his surroundings, and it's likely that any future Bond will need to change, too.

Or, we may get another bubble universe Bond. Another entirely self-contained Bond with a different history, different memories and experiences. They, like Craig's Bond, will still be James Bond, but an outlier, a tangent from the “classic” character. Of course, that might convolute things even further, but it essentially allows for any possibility. What it doesn't allow for is any prolonged growth of the character, no shared experiences, the connective tissue to the original Bond essentially severed. 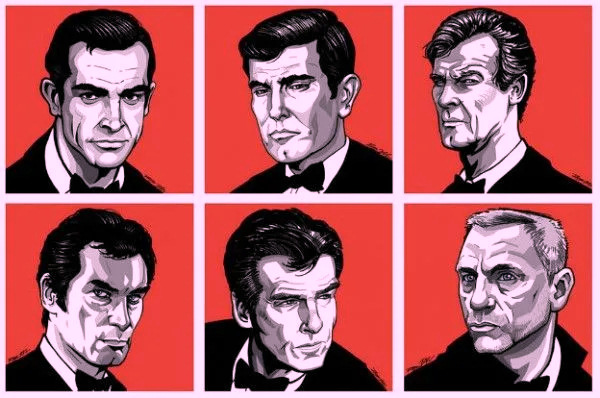 My guess is that we will likely see a little of column A and a little of column B, which is not an easy balancing act to perform. There will be pressure from both sides to make Bond return to his roots, but also to be progressive, diverse, and inclusive. I suspect that the new Bond will be younger, that we'll see almost another reboot, but I believe that the entirety of Craig's Bond will be considered a box to be stored in the attic. No more Vesper, no more trust issues, no more evil foster step-siblings. The next film will be an introduction to a new Bond, but also a return to the “classic” character, the last fifteen years and change hand waved away, as will the contradiction of having an old/new Bond.

So, on the one hand, we have the end of an era, but we will also have a return to formula. We will see a return to some of the more traditional aspects of the character, while also taking steps to fit into the changing social attitudes of today. Walking this tightrope will no doubt incur the occasional wobble, possibly even a fall, but whatever missteps are made, they will be largely forgiven, so long as they are continuing to make Bond films. And make them they will.