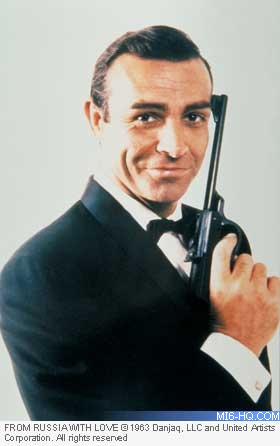 "I had no grand plan. Everyone talks about how they knew the Bond films were going to be a success, but it simply isn't true."

Biography
Thomas Sean Connery was born in the bustling city of Edinburgh, Scotland, in 1930 to Joseph and Euphamia Connery. As the oldest of three, Sean was born into a working class family living on the docks where family-members worked all hours of the day to bring up the boys. Sean was educated in a public school but dropped out at a young age and joined the full time workforce as a teen.

His first job out of school was as a milkman, then at the young age of 16, he enrolled in the Navy where he received his patriotic tattoos like many of his peers. He spent three years in the armed forces where he was kept at a high level of fitness. At the end of his third year in the forces he was released from the services and returned to his city of birth to try his hand in various labour-based career paths including bricklaying, truck driving, and even as a coffin pusher for an undertaker.

His work in these labouring roles left Connery with an impressive physique. This, and perhaps a stroke of happenstance, lead him to his entry in 1950 Mr. Universe competition. In the event Connery beat out a variety of professional male models to win third place.

With a spark of fame and very little of a career elsewhere, the modeling path proved successful for Connery. He quickly won a place in the touring cast of Rogers and Hammerstein's "South Pacific", after attending an audition on advice of fellow Mr. Universe competitor Johnny Isaacs. The aspiring model and actor spent several years on the stage before his television debut in 1956.

Even whilst Connery was paving the way as an actor he found another option to pursue. As a keen footballer, Connery was offered a trial East Fife soccer club, but declined fearing the career may have been too short-lived.

"I realised that a top-class footballer could be over the hill by the age of 30, and I was already 23. I decided to become an actor and it turned out to be one of my more intelligent moves."

In 1958, and after various bit parts and chorus roles, Connery landed the lead in the feature film "Another Time, Another Place" in which he played opposite the Academy Award-nominated US actress, Lana Turner. The Lewis Allen directed drama follows the unrequited love affair between journalists.

Just prior to landing the big-time role of James Bond in 1962, Connery married his first wife Diane Cilento, an Australian actress who was already a rising star in American cinema. The following year, Cilento gave birth to their son - Jason Connery - who went on to claim fame as an actor in his own right.

The very same year Sean Connery was approached by aspiring filmmakers, Cubby Broccoli and Harry Saltzman, who were looking to transform the literary creations of Ian Fleming in to big screen action-adventures. Whilst many big-name stars, such as Carry Grant and David Niven were considered for the role of Secret Agent 007, Connery had the rugged looks and naturally confident demeanour to lend to the character of James Bond. Although the film producers were confident that director Terence Young could mould Sean Connery in the ideal image of James Bond, 007's literary creator was not initially comfortable with the casting choice. Fleming felt Connery to be both unkempt and unrefined; Young's task was to convince Fleming and the cinema-going world otherwise. Terence Young took the relatively inexperienced actor under his wing and trained him in luxury dress, fine dining and gave him the understanding he needed to play his new role. 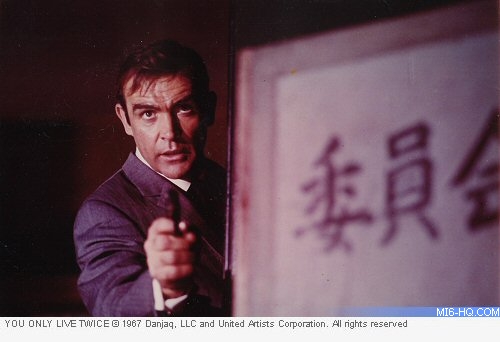 Throughout his first four James Bond adventures, Connery's acting skill blossomed and gave fan-favoured performances in "From Russia With Love" (his personal favourite of the Bond movies) and "Goldfinger" - cutting a striking and memorable figure as the British secret agent. Thanks to James Bond, Sean Connery became a public figure and a Hollywood star.

It was in 1969, and on location in Japan for the production of "You Only Live Twice" that Sean Connery announced to the presses that he would be standing down after his fifth 007 adventure; stating he felt the series to be too formulaic and feeling he was quickly becoming type-cast as Bond.

"Perhaps I'm not a good actor, but I would be even worse at doing anything else."

Free from the mantel and contracts of 007, Connery starred as Jack Kehoe the period piece "The Molly Maguires". Set in 1876 and the coalmines of Pennsylvania, Connery's first breakaway from Bond bombed at the box office - despite later being popular among a cult following for its rich history.

Ultimately, after the standing down of George Lazenby and a salary offer too good to refuse, Connery returned to the Bond franchise for a sixth outing. It was the flashy Vegas adventure "Diamonds Are Forever". The now successful 007-actor reportedly donated his entire salary to charity and turned down a five million pound offer to return for "Live And Let Die".

After his departure, for the second time, from the 007 series Connery's career bloomed when he landed roles in various big-budget productions including Agatha Christie's Poirot mystery "Murder on the Orient Express", war-drama "A Bridge Too Far" or an Oscar-winning role in "The Untouchables". On a lighter note, Connery agreed to appear in the Python-esque production, "Timebandits" after a running gag in which Michael Palin scripted his character as "Sean Connery (or someone or equal, but cheaper, stature)".

In 1989, Connery played in Steven Spielberg's epic adventure "Indiana Jones and the Last Crusade". The Scot played the charismatic father of Indy: Henry Jones Snr. The interplay between Harrison Ford and Sean Connery as father and son remains a highlight of this production.

In the 1990's Connery made several blockbusters, sealing his mark on Hollywood as both a talented actor, and of course, sex symbol. By the new millennium there was much speculation surrounding an impending retirement of the Scottish actor. Shortly before his 75th birthday Connery commented that he had decided to retire from filmmakers following the lacklustre response to 2003's "The League of Extraordinary Gentlemen". He reportedly declined roles in two successful trilogies, "The Matrix" and "Lord of the Rings", stating he turned down the offer as he did not understand the scripts. 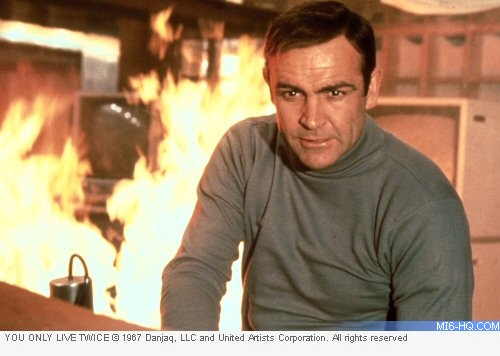 As a long-time political activist, Connery regularly voices his support for the Scottish National Party. His involvement in the Scottish independence movement has been highly publicised and often criticised, as the actor did not live in his homeland for many of his later years. He regularly contributed to a selection of Scottish based charities, namely SEIT (Scottish International Education Trust) and Friends of Scotland.