Bondography
1969 - 'On Her Majesty's Secret Service' 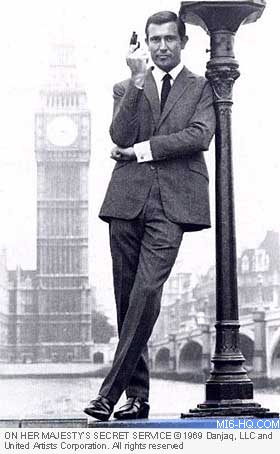 "Had I been so-called 'successful' and continued on, I would probably have had three or four Hollywood wives and a drug addition. That was me at the time. I just went where the flavour was at the time."

Biography
George Robert Lazenby was born on the 5th of September 1939, in the sunny town of Queanbeyan, New South Wales, Australia. He was the only child of a railway worker. After study at a local school, Lazenby enlisted in the Australian army. He rose quickly to the rank of Sergeant, gaining expert skills in unarmed combat.

When his spell of four months in the force had ended, he moved to the Australian capital, Canberra, where he took up a variety of odd jobs - including one as a ski instructor - before becoming an agent for the Morris Motor Company. 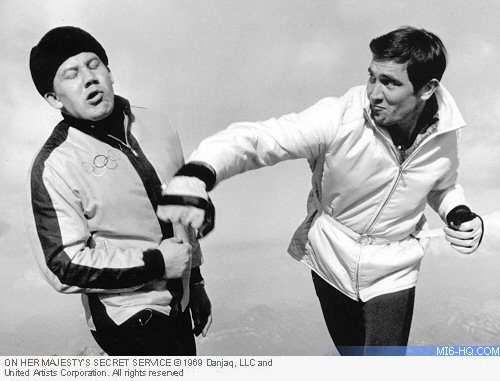 In 1964, Lazenby moved to London with the hope of building a career as a model. However, before getting into the industry, the aspiring showman would have to find work as a car salesman and mechanic once more. He gained his first modeling work after being approached by a freelance photographer. Once Lazenby got himself on the books of a UK-based agent, his career as a model began to gain pace and within a year of successful jobs, Lazenby became one of the highest paid models in Europe. The 28-year-old reportedly earned over £40,000 from his chosen profession in 1967. Most memorably, the Australian star was the face of Marlboro in their advertising campaigns - casually known as the European "Marlboro Man".

"Well, I think Australians are... there is a shortage of women... put it that way. So you've got all this testosterone floating around so at 10 o'clock at night and what else is there to do but punch your mate! There's always something you did wrong." 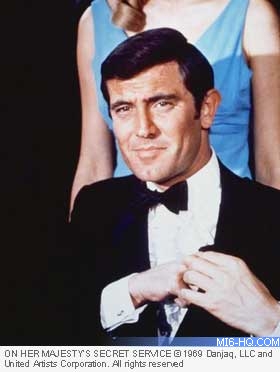 As a model his career bloomed and Lazenby was soon a familiar face on billboards around the UK and Europe. He starred in a host of television advertisements before trying his hand at acting.

Prior to auditioning for the role of Ian Fleming's 007, Lazenby's only filmmaking experience was a walk on part in a 1965 Italian Bond spoof, "Espionage in Tangiers". Yet, when Sean Connery stood down from the role of 007 after his fifth consecutive adventure, "You Only Live Twice", Lazenby's agent suggested he attend an audition for Bond.

With a bit of spunk and a large wallet, George Lazenby prepared himself for his audition and his first true brush with cinema by visiting the tailor preferred by Connery and purchasing the most expensive suit on offer. Lazenby showed up at the offices of EON Productions without an appointment and persuaded the producers to offer him an audition.

The charming and handsome model had to fight off the likes of Anthony Rogers, Robert Campbell and John Richardson to win the role of his life. Audition footage captured with Lazenby performing as 007 was undeniably impressive and the ex-army officer excelled in the fight sequences. This Bond would have a more brutal edge and press rumours of the day claimed the Lazenby broke a stuntman's nose during his audition.

When Albert R. Broccoli and Harry Saltzman decided on Lazenby to be their new 007, they were betting on something wildly different. Lazenby was supported by a stellar cast, which included Diana Rigg and Telly Savalas as well as having first time director (but long time Bond editor) Peter Hunt to guide him in dress and behaviour. There was one hurdle left and that was the sign off of United Artists. Broccoli and Saltzman were confident their casting choice was right but it took much convincing from Lazenby and his supporters to get the go-ahead from the studio.

As cameras rolled on 007's sixth adventure, the tension between the cast was already building. The bold personalities of both Rigg and Lazenby reportedly clashed on set, making the production of the biggest Bond film yet event more stressful. Shortly before the premiere of "On Her Majesty's Secret Service" Lazenby announced that he would not be continuing in the Bond role - despite a very lucrative offer for a six-picture contract. This gauged a rift between the producers and the star. Despite the controversy brewing in the Bond world, Lazenby was nominated for a Golden Globe after his performance in "Majesty's".

After 007, Lazenby's film career flopped, performing in a variety of low budget flicks. In 1971 he performed as Ryker in the war drama "Universal Solider", but Lazenby's attempt at a more serious production failed at the box office. 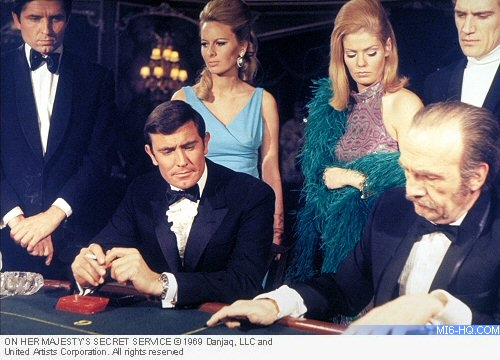 The male model moved to Hong Kong in the 1970's and won a string of roles in Kung Fu adventures. While many proved to be a financial success for the actor, none were particularly memorable to the Western audiences. During his time in the East, Lazenby managed to set up a production with martial arts legend Bruce Lee. Unfortunately, the production did not get beyond the planning stages due to the untimely passing of Lee.

In 1971, Lazenby married his first wife Christina Gannett - heiress to the publishing company Gannett - with whom he had two children, Zachary and Melanie. During the 80's and 90's, Lazenby signed a contract with ABC's American smash drama "General Hospital", prime time soap opera "Rituals", as well as "The Pretender", "Batman" and even took a role in a token episode of "Baywatch".

In 1994, Lazenby's son Zachary tragically passed away after a prolonged period of cancer before his divorce from his wife, Gannett. Lazenby's film career teetered in the late '90s and he took a break from the public scene, buying and selling real estate, before he married tennis pro Pam Shriver in 2002. The pair had three children: twins Kaitlin and Elizabeth and Samuel. In August 2008 the pair filed for divorce. 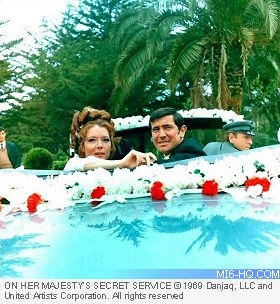 I'm still waiting for that one right, perfect role, to set things right. I'd really love that chance."