The For Your Eyes Only actor has died aged 92

Born Jack Hawkins on October 28th, 1929, in London, he changed his name to Jack Hedley to avoid confusion with John Edward Hawkins - one of the most popular English actors of the 1960s.

After completing his education at the t Emanuel School in London, he joined the navy at 17, progressed his military career as
officer, and had fought in seven wars by the time he was 27.  A Japanese bullet put an end to his service in Malacca, when it ricocheted off the butt-end of his rifle and hit his kneecap in 1953.

"After I first left the service I was walking the streets with my heart out on my sleeve. I didn't know what to do. I'd studied history but didn't want to take up teaching. Quite by accident, I passed by the Royal Academy, the theatre school. That seemed like a possibility and I was lucky, they took me on."

Hedley's career as an actor began whilst in service in 1950 with a 13-minute drama-documentary about polio called 'A Life to be Lived'. After leaving the navy, he appeared in a mixture of television and film productions throughout the rest of the decade. 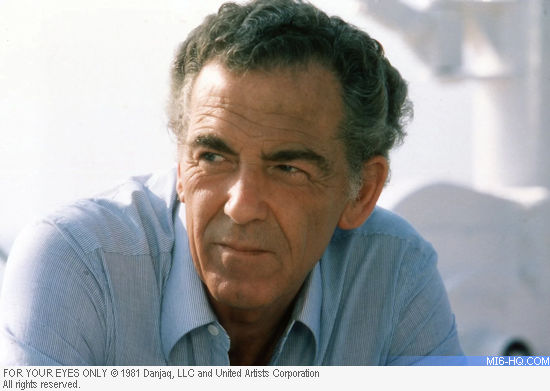 "I find most actors a sorry lot and I don’t have many friends among them. Most of my friends are business people. Acting is not an art, it is just an interpretation, an actor does not create anything. That’s why most of them are so short-sighted.”

Hedley landed a lead role in the BBC and Universal co-production of 'Colditz' which ran from 1972 to 1974 and kept him away from film projects until James Bond came calling. 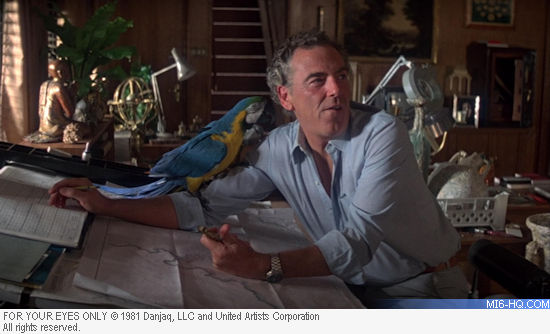 The role of Sir Timothy Havelock is key to the plot of 'For Your Eyes Only', as his murder is the motivation for Melina, the female lead, for the film. Hedley was a couple of years younger than Roger Moore when he was cast as Sir Timothy, making Bond more of a father figure to Melina in terms of age on screen. Based on the character of Colonel Havelock from Ian Fleming's short story 'For Your Eyes Only', Sir Timothy is a British Marine archaeologist sent by the Secret Service to locate the wreck of their spy ship, St. Georges.  Aris Kristatos sends Cuban hitman Hector Gonzales to assassinate the Havelocks on their boat.

Hedley also voiced his parrot Max, which gives Bond and Melina the clues they need to find the ATAC. The parrot was played by Chrome, who was owned by Bond girl Diana Rigg. He would appear in the series again in 'The Living Daylights'. 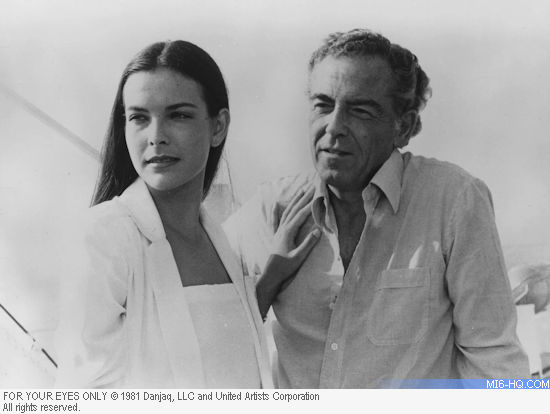 Following his Bond film, Hedley landed the lead role in 'New York Ripper' (1982). He then returned to television in drama roles throughout the 1980s and 1990s, including an episode of Remington Steele with Pierce Brosnan in 1984 ('Puzzled Steele'). His final screen credit was as High Priest in the biblical mini-series 'St. Paul' in 2000. Over the course of five decades, Hedley had 99 credits. 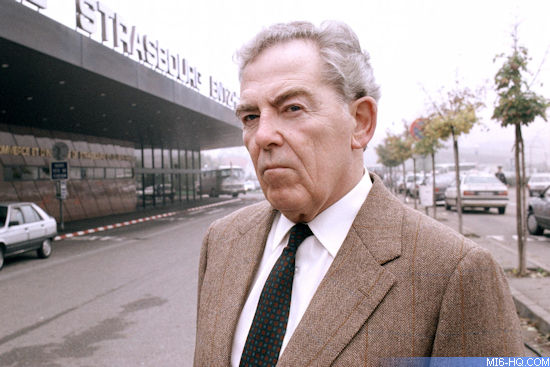 Jack Henley died on Saturday 11th November, 2021, at the age of 92 in England after a "short illness bravely borne." He was married to Jean Hedley from 1965 to 1984 (ending in a very public divorce) and they had two sons together: James and Jonathan. He remarried in 1986 to Elspeth, but that also ended in divorce. He married for a third time in 2001 to Alex. He is survived by her and his two sons from his first marriage. A notice published by The Times said: "At his request, there will be no funeral. He will be much missed by his family and friends."