Born Kätherose Derr on 22nd February 1938 in Wiesbaden, Germany, Karin Dor has an impressive resume as an actress with numerous film and TV appearances, many seen only in her native country. Her career began at the early age of 15 when she landed her first small role in the 1954 film 'Rosen-Resli'. 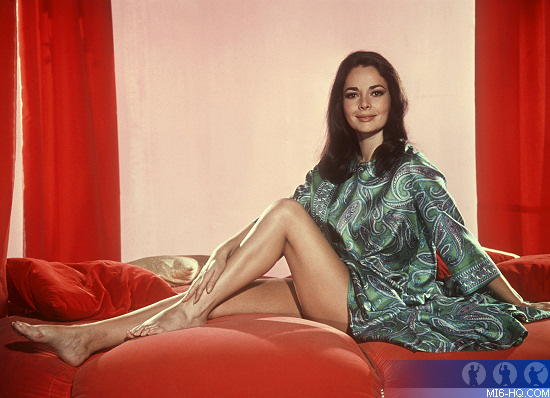 The redheaded leading lady began showing more and more in European films in the late 1950s and early 1960s. Only a handful of Dor's dramatic films have been seen in the UK or America: only her more saleable westerns, sci-fi films, and horror melodramas have gotten much play in theatres outside of mainland Europe.

Of her western appearances, the one receiving the widest exposure was her heroine stint in the two-part 'Winnetou' (1963); her more familiar horror flicks include 'The Invisible Dr. Mabuse' (1962) and 'The Face of Fu Manchu' (1965). After her US breakthrough appearance in the 1967 James Bond film 'You Only Live Twice', Dor went on to star in Alfred Hitchcock's 'Topaz' (1969), each of which afforded the actress a spectacular death scene. 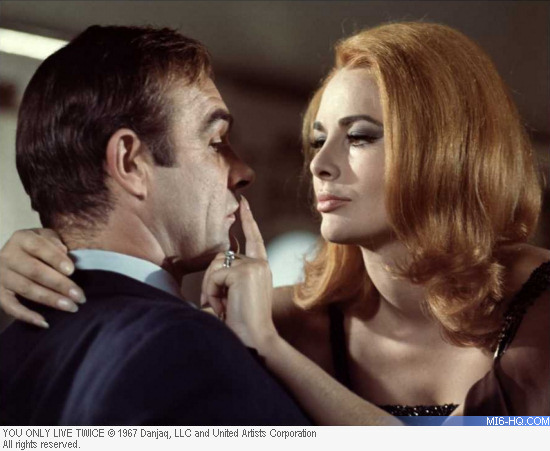 For the fifth James Bond outing 'You Only Live Twice', Dor played Helga Brandt, a SPECTRE operative posing as Mr. Osato's secretary. When ordered to interrogate 007, she ultimately rejects his attempts to flip her loyalties and gets the upper hand on 007, trapping him in a falling plane. However, Bond  escapes his grizzly fate, and Brandt faces the wrath of Blofeld for her failure. 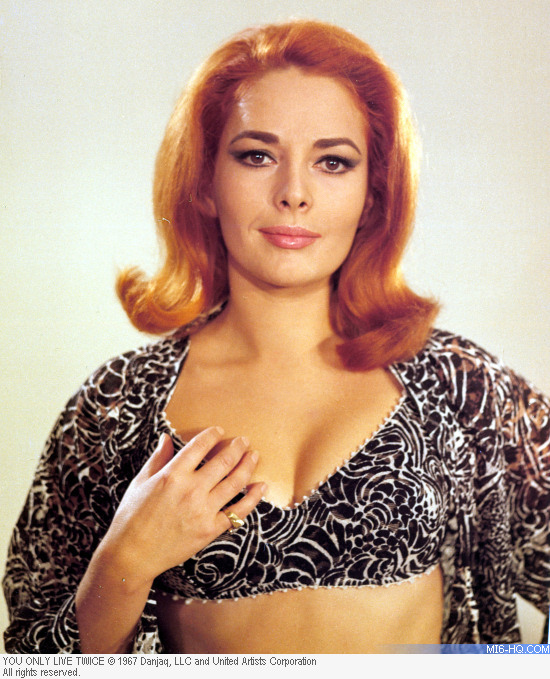 When Roald Dahl was brought on to write the 'You Only Live Twice' screenplay in just six weeks, producers Broccoli and Saltzman agreed with him to jettison the majority of Ian Fleming's 'unfilmable' novel and gave him the 'three girls' template. Blofeld's right-hand woman Helga Brandt was a paper thin re-work of the previous film's femme fatale Fiona Volpe. "Girl number two is anti-Bond and usually captures him, and he has to save himself by knocking her out with his sexual charm and power. She gets killed in an original (usually grisly) fashion mid-way through the film," Dahl told Playboy magazine when the film was released. German actress Eva Renzi was originally chosen for the role, but she passed on the part. Director Lewis Gilbert then selected Dor from the hundreds of hopefuls. 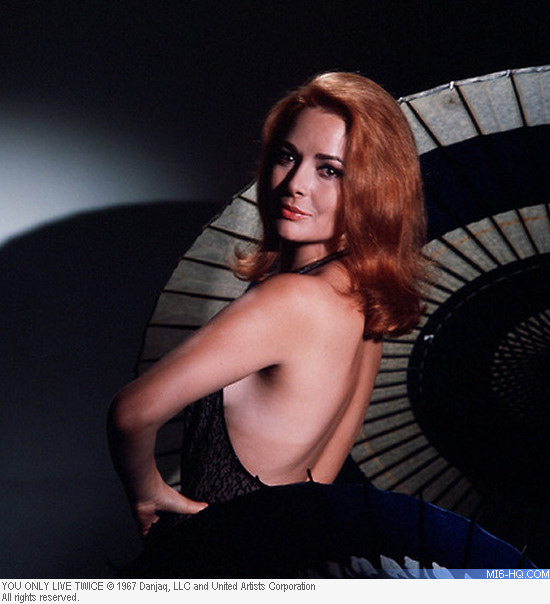 For the last twenty years of her career, Dor focussed extensively on stage work and did not have many major screen credits. After a heavy fall last year, Dor failed to fully recover. She died in hospital in Munich on Monday 6th November 2017 at the age of 79. She was married three times: first to Austrian film director Harald Reinl in 1954, with the couple divorcing in 1968 shortly after she found fame with Bond Mania; second to businessman Günther Schmucker from 1972 to 1997; and thirdly to American stuntman and actor George Robotham from 1998 until his death in 2007. She is survived by her only child, actor Andreas Renell, from her marriage to Harald.