Daniel Craig's stunt double was in action in Gravina, Italy, over the past 48 hours jumping off a bridge.

The impressive stunt is part of the pre-title sequence that will be shot in southern Italy until late October. The location was first confirmed back in July.

The 150-foot jump was filmed by a helicopter hovering above a bridge in Puglia. Security goons arrived - but just too late to catch the agent. 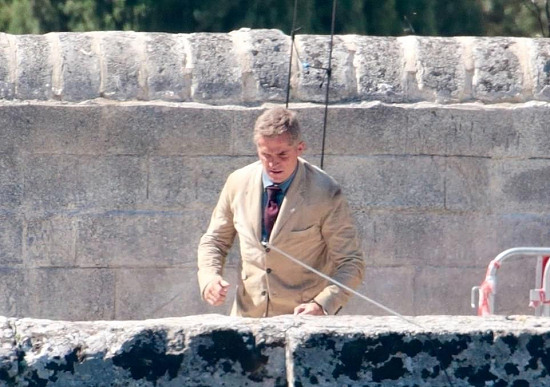 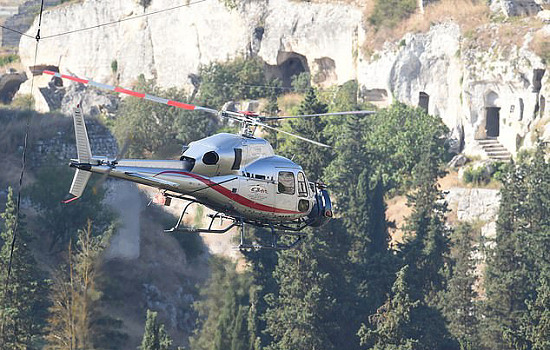 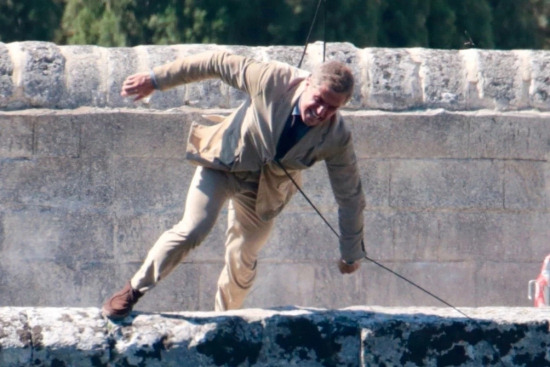 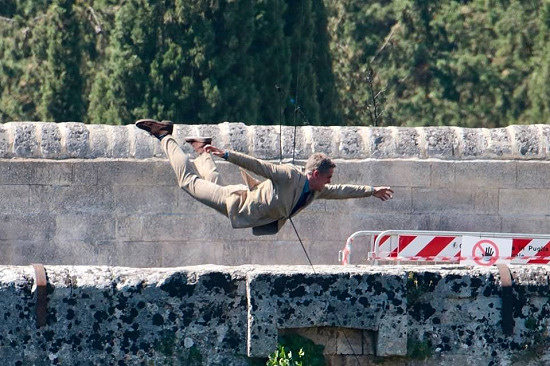 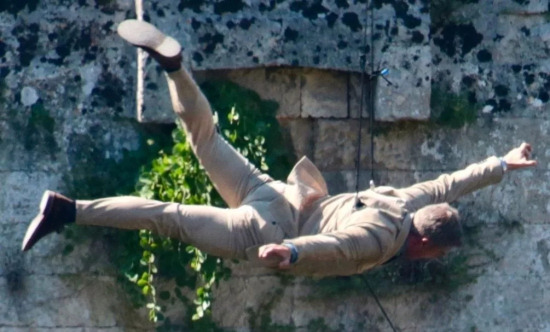 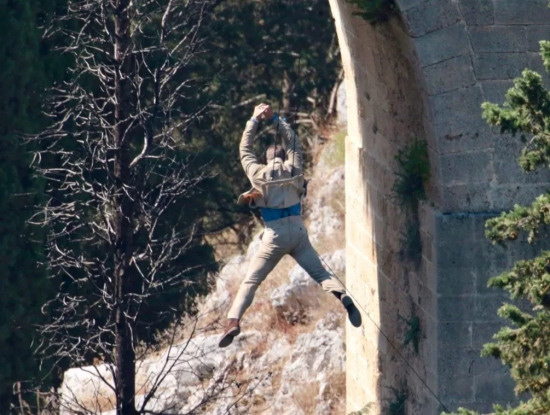 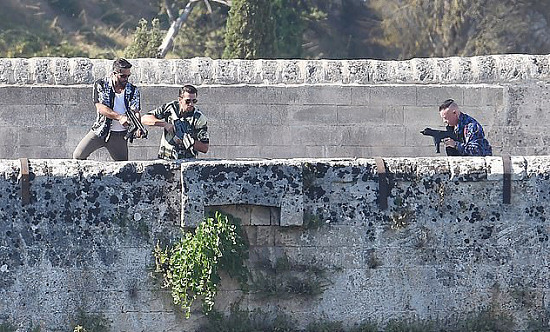 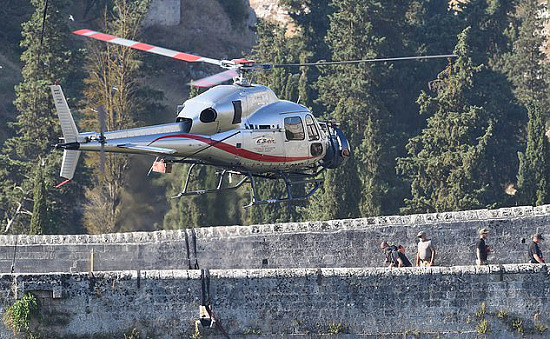