'GoldenEye' went on general release in the USA on November 17th, 1995, and marked the return of James Bond in cinemas after an absence of over six years. To mark 25 years, here are 25 things you might not have known about it...

For photographer Keith Hamshere's special shoot of Pierce Brosnan in front of a wall of (real) flames, Izabella Scorupco had to be rubbed down with flame-proof grease as her skimpy bikini did not offer much protection. 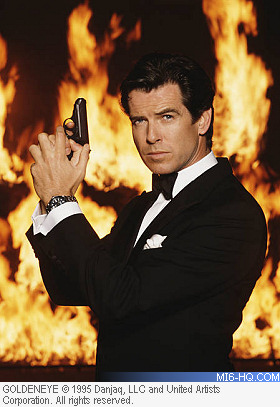 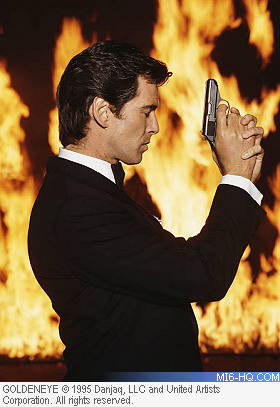 Director of cinematography Phil Meheux had to have the set for Bond and Trevelyan's fight in the dish redesigned just before shooting. "They hand me the set and I thought, ‘Aargh, what do I do with a black box and a black floor?’" he told MI6. "I’ve got two actors dressed in black, both wearing black shoes and they’ve got a black gun, and at one point they drop the black gun on the floor and somebody kicks it. How the fuck do I see the gun?" He had the floor painted white.

Martin Campbell's first day on the set was with Robbie Coltrane and Minnie Driver for the club scene. 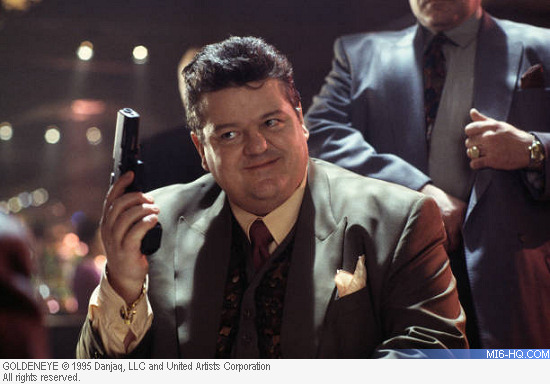 Martin Campbell backed the idea for M to be played by a woman, and he approached John Calley about it who said: "you had better get a bloody good actress like Judi Dench." So they did.

The production was two days away from the start of the shoot and still had not found an actress right for Natalya. Casting director Debbie McWilliams caught a plane that night to the one country she had not scoured: Sweden. The next morning they had found their lead girl in Izabella Scorupco.

According to Martin Campbell in an MI6 interview, MGM was nervous of having such a long break between Bond films so were not exactly all-in on the budget they wanted. Financial restrictions meant the tank chase had to be moved to the UK.

For the shot where Bond and Natalya's recon plane scouts Trevelyan's base, the crew hired pilot Tom Danaher to fly just above the waves and then pull up at the last moment over the cliffs in the Dominican Republic. Second unit director Ian Sharp refused a second take as he said he was "nearly killed" and upon inspecting the plane after landing, found that the wheels were full of grass.

Editor Terry Rawlings went to producers about Eric Serra's score not working for the tank chase. John Altman was quickly parachuted in to rescore the central action sequence.

St Petersburg was recreated on the runway at Leavesden in six weeks. Peter Lamont's production design department had a crew of 175 that used 62 miles of scaffolding. 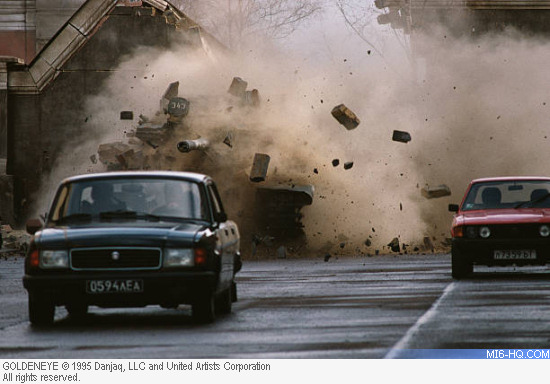 The tank chase had only one real casualty when the tank missed a turn and ran straight over one of the cameras. Panavision got their money back on insurance and a new camera.

The reveal of Trevelyan to Bond in the Arkhangelsk Chemical Weapons Facility is suggested by Martin Campbell to be based on the introduction of Robert Redford’s character in Butch Cassidy And The Sundance Kid (1969).

Minnie Driver was lying on a beach in Uruguay completely broke when she got a call from her agent for a small role in a film called GoldenEye. She was paid just $5,000

For convincing fake snow on the Severnaya dish model built outside at Leavesen, the crew used magnesium sulphate - also known as Epsom Salt - which is a laxative. "I had this terrible guilty feeling about all the voles and mice that lived underneath where we were working," remembered Brian Smithies. "Still, at least they were regular little chaps." 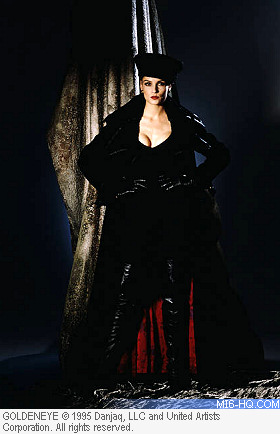 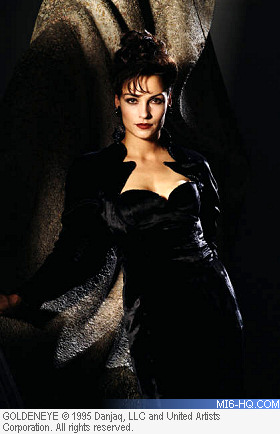 When Xenia needed to steal the identity of a high-ranking officer, the original draft script saw her lock lips (and legs) with an American Admiral. For the end scene of the film, the production needed the assistance of the US Marine Corps, and in order to return the favour, the nationality of the gullible Admiral was changed to being French. However, the French were giving permission to film the new Eurocopter on a French Navy frigate, so the easily duped Admiral changed again, this time to being Chuck Farrel - a Canadian. The Pentagon's 'Hollywood Liaison' Phil Strub wrote to the producers: "We appreciate your changing the identity of the U.S. admiral to a foreign officer and your including dialogue recognition identifying the Marines."

The Rolling Stones turned down an offer to perform the title song.

It took sixteen takes to capture the destruction of the model Severnya facility. Each time the crew of 16 model makers had to rebuild it overnight for reshooting the following morning. In the end, Campbell chose the third take.

GoldenEye is the first film in the Bond series to take advantage of CGI when it was used to create the opening gun barrel motif. 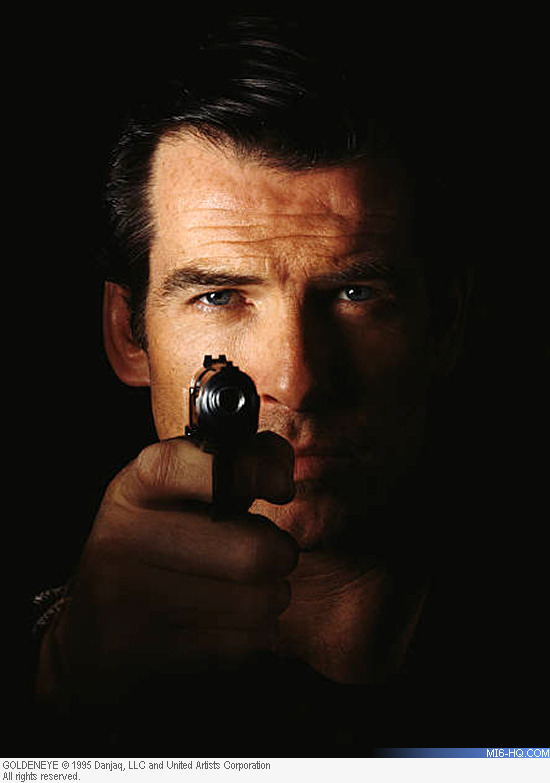 The production needed to secure almost 150 different permits to film in St Petersburg. One day, local media reported that the Bond film was destroying their city. It took the production a further day to convince authorities that it was fake scenery.

An East German architect and a Russian civil engineer were present during the construction of the Russian sites and interior sets to assist with authenticity. In order to protect their identities, they refused to have their names credited.

One sequence conceived but left unused was to have Bond imprisoned in a nuclear bunker surrounded by live nuclear warheads.

Despite the protagonists being Russian, none of the principal cast is Russian. 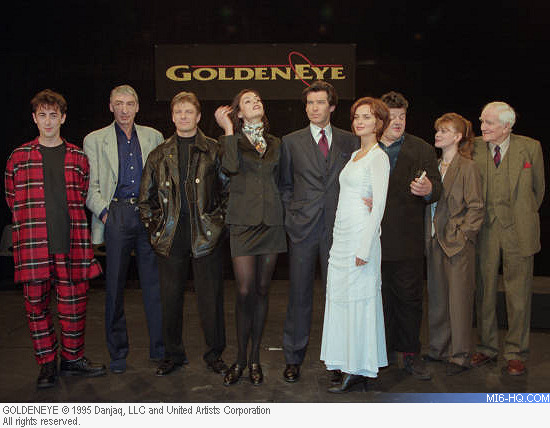 Engineers put so much detail into the architecture of the Soviet Arkangel chemical facility that they even had working outlets and light switches, as well as working cookware in the cafeteria. During breaks on-set, while shooting on that location, cast members and crew would choose to remain on-set for lunch, and actually eat in the cafeteria built for the scene.

Much of the trivia here was recounted by 'GoldenEye' cast and crew over the years in exclusive interviews published in MI6 Confidential magazine. Why not subscribe today?