Matthew Kresal recounts the history of James Bond on the radio, from the 1950s to the present

James Bond has existed as a literary character for more than sixty years now and as a film character for over fifty. Yet many Bond fans might not be aware that's he also had a healthy life in another medium as well: audio drama. Indeed for the last decade, there's been a running series of adaptations of the classic Fleming novels aired on BBC Radio 4 in the UK including the recently aired adaptation of the 1955 novel 'Moonraker'.

Early Radio Bonds
The first Bond radio drama was also an adaptation of ‘Moonraker’. This aired not on the BBC but on South African Broadcasting Corporation radio in the 1950s (the exact year is difficult to pin down with suggested broadcast years ranging from 1955-58). Bob Holness, who would later find fame in the UK as the host of ‘Blockbusters’, played the role of Bond alongside members of the Durban Repertory Theatre. In later interviews, Holness would later recall that the adaptation was broadcast live and ran for approximately an hour and a half. Having been broadcast live, no known copies of this adaptation are known to exist as of 2018. Above: Artwork from the pan paperback of 'moonraker'.

The next Bond radio drama wouldn't come until 1990 with ‘You Only Live Twice’, written and directed by Michael Bakewell. Aired on BBC Radio 4 on the 30th of September, this was a faithful adaptation of Fleming's 1964 novel which also recreated the closing scene of the proceeding novel [[bohmss]. This production starred Michael Jayston in the role of Bond and Clive Merrison as Tanaka. The drama also featured Burt Kwouk, who had appeared in the 1967 EON film loosely based on the same novel, in a supporting role and a scene at Tokyo's international airport where Bond encounters an English speaking driver looking for a “Mr. Fleming”. Unlike the earlier ‘Moonraker’ adaptation, this one does exist in the BBC archives and has been re-broadcast periodically on BBC Radio 4 Extra (formerly BBC Radio 7) with the most recent airing taking place in November 2015.

Jarvis & Ayres' Bond Series
It was nearly eighteen years before another Fleming novel aired on BBC Radio 4. When it did, it came as part of the Fleming centenary with an adaptation of Fleming's 1958 novel 'Dr No'. It came at the suggestion of Lucy Fleming with the granting of permission by Bond film production company (who earlier in the decade had decided not to license a similar adaptation of ‘From Russia With Love’ slated to be made by Big Finish Productions who are best known for their licensed ‘Doctor Who’ audio dramas) and was initially intended to merely be a one-off with no plans for further adaptations.

Broadcast on the 24th of May as part of the Saturday Play strand, the novel was dramatised by Hugh Whitemore and was produced by Jarvis & Ayres Productions (run by husband and wife Martin Jarvis and Rosalind Ayres) for the BBC. Toby Stephens was cast in the role of Bond having previously played villain Gustav Graves in the 2002 EON film 'Die Another Day' with a cast that included David Suchet as the titular villain, John Standing as M, Peter Capaldi as Major Boothroyd, Lisa Dillon as Honey Rider, with a cameo by Lucy Fleming as a librarian, her husband Simon Williams as the Acting Governor of Jamaica, and Jarvis himself taking on the role of Ian Fleming. 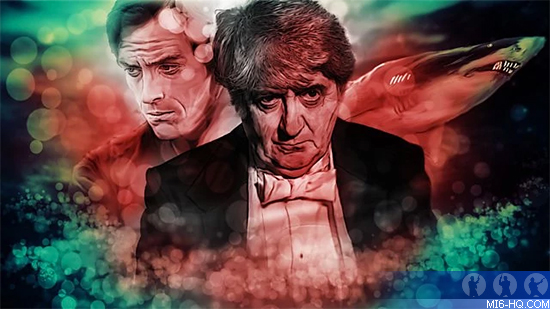 Like 1990s ‘You Only Live Twice’ before it, this was a faithful adaptation of the original Fleming novel and would have a running time of approximately ninety minutes. While a dramatisation rather than an audiobook reading of the novel, to get across more visual elements of the story, occasional bits of narration would be employed featuring Jarvis’ Fleming. Alternatively, Bond's inner monologue would be used to portray events. Whitmore captured many of the novel's best-remembered sequences including Bond's running of Dr. No's gauntlet of death and the villain's demise as written by Fleming. 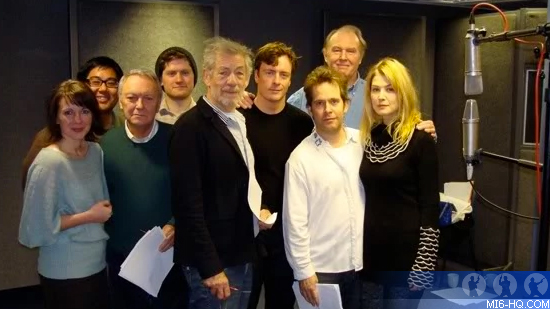 Above: the cast of Goldfinger.

Despite being intended as a one-off by all involved, this ninety-minute radio drama adaptation instead became the first in an occasional and ongoing series. Using the same template as laid out in ‘Dr. No’, ‘Goldfinger’ followed at Christmas 2010 with Ian McKellen playing the title role with Rosamund Pike playing Pussy Galore from a script by Archie Scottney. Scottney would write the script for all further Jarvis & Ayres adaptations with ‘From Russia With Love’ following in 2012 and ‘On Her Majesty's Secret Service’ in 2014. With the retirement of the Saturday Play strand, further adaptations aired as part of a regular drama strand with ‘Diamonds Are Forever’ in 2015 and ‘Thunderball’ in 2016.

The casts included both reoccurring actors and new additions. Toby Stephens continued to play the role of Bond with John Standing and Janie Dee reprising their roles as M and Moneypenny. Lisa Dillon would play many of the major roles including Tracy, Tiffany Case, and Domino while Olga Fedori played Tatiana Romanova. Peter Capaldi (who took on the title role in the BBC's TV series ‘Doctor Who’ at the end of 2013) was replaced by Julian Sands in the role of Q starting with ‘On Her Majesty's Secret Service’. while Lisa Dillon played major female roles in those productions, other recurring characters included Josh Stamberg appeared as Felix Leiter in ‘Goldfinger’, ‘Diamonds Are Forever’, and ‘Thunderball’ and Alfred Molina as Blofeld in ‘On Her Majesty's Secret Service’ and ‘Thunderball’.