The Shorts: Live And Let Die

It's only appropriate that the first in this ongoing series involves another first: "Live and Let Die" (1973). Roger Moore's first appearance as 007 ushered in a new era for the movies. An era that not only saw Sean Connery turn in his gun, but one that ushered in bellbottoms and Blaxploitation: the 1970s. While 1971's "Diamonds are Forever" officially rung in the decade, "Live and Let Die" did it in proper style. This couldn't be more evident from its stylishly dated, but over the top trailer. 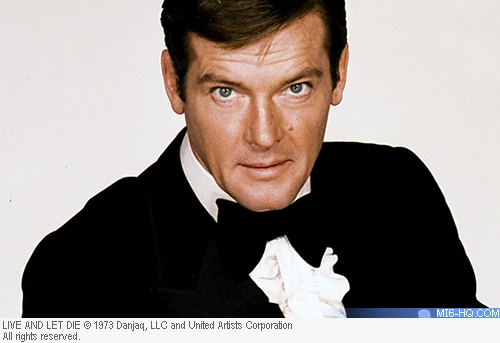 A hail of gunfire sprays across the screen as multiple 007s are covered in mysterious shadow-filled gun barrels. Roger Moore slowly emerges from the haze. As one might expect, the trailer appropriately goes to great lengths to tell us that "Roger Moore is James Bond 007." Whether it's Moore coolly stating his all too familiar signature introduction, or the announcer blaring at us that we're about to get "More Excitement, More Action, More Danger, and More! Much More! Roger Moore!" Key to this is the announcer's deathly earnestness that lends the trailer an air of intense urgency that you'd better be at the theatre opening night.

From there, it moves along at a brisk pace, packed with numerous scenes of random action and explosions. Many of the film's key sequences, such as the airport chase, the bus escape, the boat sequence, and the voodoo ritual finale, are represented in all their glory. In the process, the trailer leaves any hints of what the actual plot of the movie is in its wake. It's easy to assume from this that the filmmakers wanted to leave nothing to the viewer's imagination, that this, as stated, was "The Most Exciting 007 Adventure of them All!" But, in the end, for the sake of audience surprise, maybe they should have.

However, for all that the trailer does show us it is curious for what it leaves out. Similar to "Goldfinger," Paul McCartney's eponymous "Live and Let Die" is a song just as iconic as the film it underscores. But here, it's barely heard. When it is jazz the version sung by B.J.Arnau in the Harlem nightclub sequence curiously accompanied by the title card "Title Song Composed by Paula and Linda McCartney." I suppose that even for a Beatle, 007 will always take precedence!

In the end, what you get from the "Live and Let Die" trailer is a two minute and forty-five second fury of a time capsule; one that harkens back to another era of movie marketing. Before the age of the internet and instant information, coming attractions were there to remind us that once the film projector was loaded, the lights were dimmed, and your popcorn was firmly in hand 007 was returning.