O Master of the World

How Tracy's poem to Blofeld was adapted for the film

Today marks National Poetry day in the UK, and alongside M's recital of a passage of Tennyson’s Ulysses in 'Skyfall', the verse recited by Tracy to Blofeld in 'On Her Majesty's Secret Service' stands out in the series as one of the most intellectual pieces of dialog used in a Bond film.

Peter Hunt brought screenwriter Simon Raven on board the project in pre-production. "He did the scenes between Rigg and Savalas," the late director recalled in the documentary of the making of the film, "to make the dialogue better and a little sharper and more intellectual." 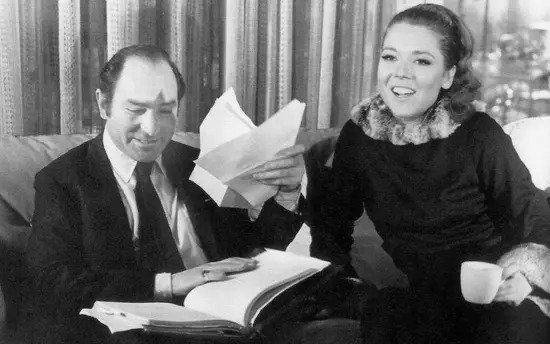 Tracy recites the following passage to Blofeld in the alpine room at sunrise whilst waiting for her rescue: 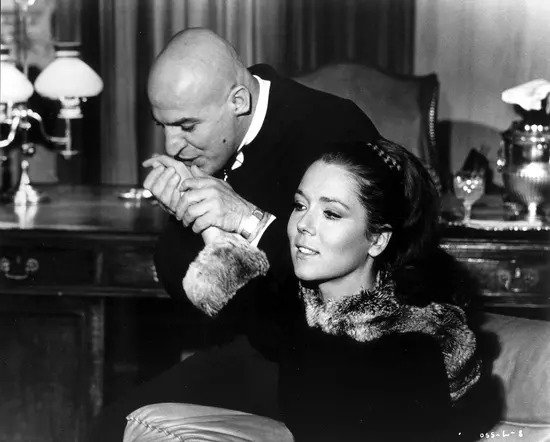 Raven, a controversial figure in literary circles, explained that he adapted a stanza from a play by James Elroy Flecker. The original passage from 'Hassan: The Story of Hassan of Baghdad and How he Came to Make the Golden Journey to Samarkand' is more romantic.  Raven was credited with 'additional dialogue' in the final film. The original stanza reads:

That hour, O Master, shall be bright for thee:
Thy merchants chase the morning down the sea,
The braves who fight thy war unsheathe the sabre,
The slaves who work thy mines are lashed to labour,
For thee the waggons of the world are drawn -
The ebony of night, the red of dawn! 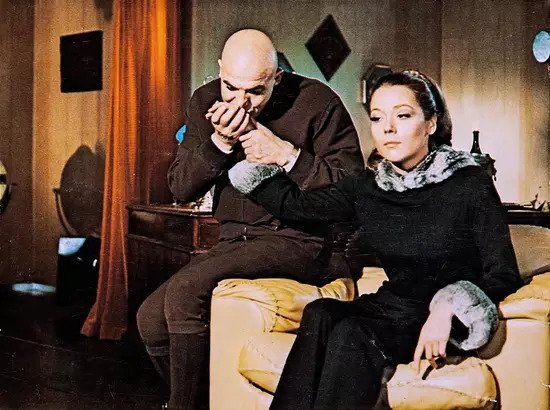 The Ghost of Tracy Bond

On Her Majesty's Secret Service MI6 traces the ghost of 007's ill-fated wife, Tracy de Vicenzo, through the on-screen references and allusions to the one and only Mrs. Bond