'No Time To Die' filming in Matera wrapped this weekend after another busy week with Daniel Craig and Lea Seydoux on location.

Scenes on Tuesday 17th involved Lea, who is reprising her role as Dr. Madeleine Swann, on the specially built hotel balcony set. She was filming lighting a piece of paper and letting it fall over the balcony and through the air. This scene will take place on the night of the Festa Della Madonna which takes place in July in Matera. Over 100 extras were used to recreate a candle-lit precession at the Chiesa Rupestre di Santa Maria di Idris.

The following day, shooting moved back to the Piazza San Giovanni Battista for close-ups with Craig and Seydoux where the second unit had previously captured the Aston Martin DB5 letting loose its machine guns on enemy cars.

Filming continued at the Piazza San Giovanni on Thursday with the square blocked off from onlookers. All of the Aston Martin DB5 cars used in Matera were then assembled for a promotional shoot with director Cary Fukunaga.

On Friday the first unit moved to the bridge in Gravina where the second unit had already shot Bond jumping off the bridge a couple of weeks earlier. Craig was seen filming at the fake cemetery set that was built adjacent to the bridge. Further scenes were shot again at the cemetery on Saturday, before a wrap party was held that evening for the crew. Production now moves on to Sapri. 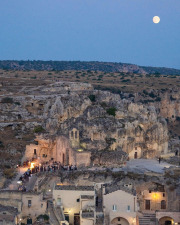 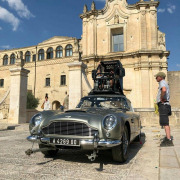 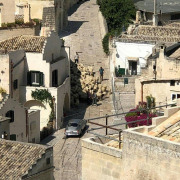 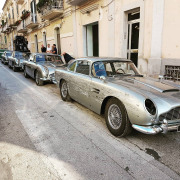 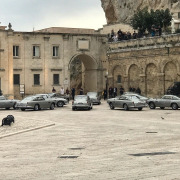 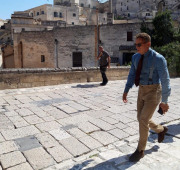