It was another busy week of filming on the streets of Matera, Italy, this week and the 'No Time To Die' second unit continued capturing action sequences. 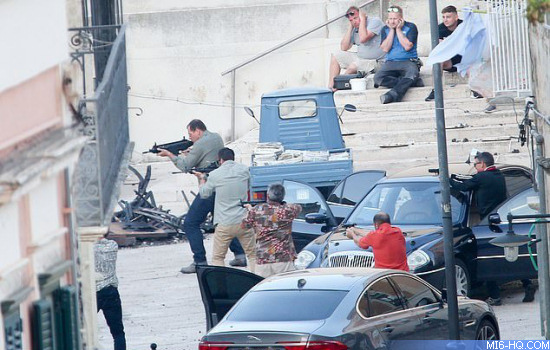 The Aston Martin DB5 chase continued, culminating in it being rammed by a jeep and a huge shootout from a group of goons unleashing automatic weapons on the car.  The action was captured around the Piazza San Giovanni Battista and between Via San Biagio and Via F.P.Volpe on Wednesday and Thursday. Lea Seydoux's stunt double was also back in the action. 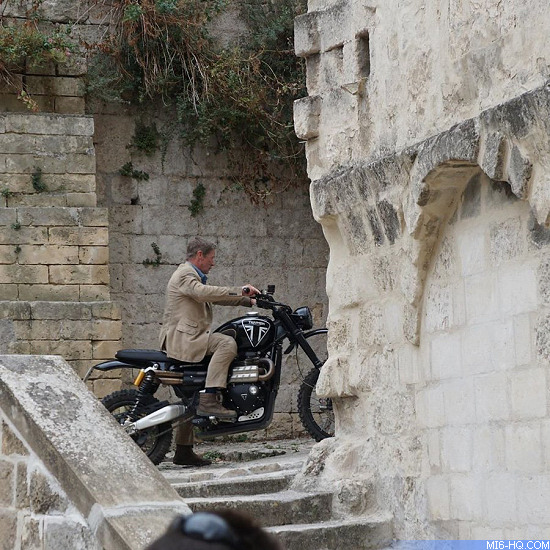 Rehearsals for a major motorbike stunt started on Thursday when construction of a large half-pipe ramp had completed that enabled the stunt drivers to whizz up the steps of the Gradoni Duomo and high into the Piazza Duomo. More practice jumps took place on Friday. 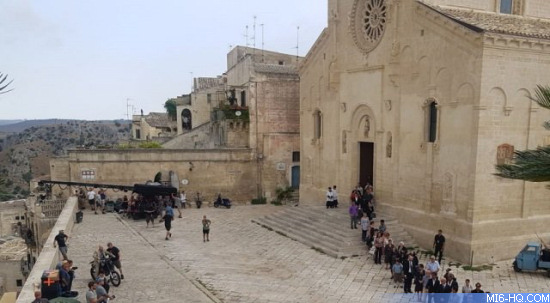 The stunt was captured for the film on Saturday with multiple takes and cameras covering all angles, including a drone. Shots of Bond landing the bike and driving through the procession of the Madonna della Bruna, patroness of the city, we also shot over the weekend. Other small scenes of Craig's stunt double on foot being chased by a bike were also shot. 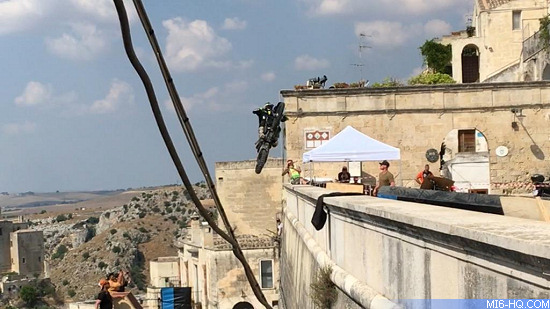 Next week will see scenes filmed at the specially constructed hotel and balcony in Matera with the principal cast, as well as other location around southern Italy. Two of the Aston Martin DB5 cars have been modified with a rooftop driver ready for Daniel Craig to film on location. 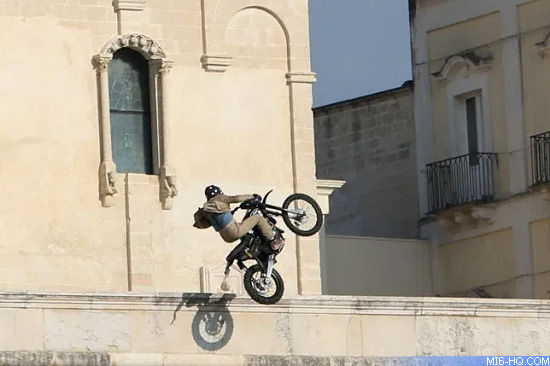