Crowds gathered in Port Antonio, Jamaica, yesterday when it was learned Daniel Craig would start the first day of principal photography on Bond 25 in their neighborhood. A two-hour drive from Kingston, Port Antonio is on the north coast of the island. Craig was spotted driving a large open-top blue/green Land Rover amongst the bustling market. Also on set was Jeffrey Wright reprising his role as Felix Leiter of the CIA. The scenes take place after the credits with Jamaica forming the first act of the adventure.

Craig's stunt double Jean-Charles Rousseau, who worked on 'SPECTRE', was seen filling in for some of the shots. Special effects supervisor Chris Corbould was on location to oversee the vehicle rigging alongside director Cary Fukunaga.

Scenes were shot in an alleyway off Harbour Street close to the CIBC bank building with sidewalks closed off to pedestrians., with Bond's Land Rover shots captured on the intersection of Williams & West Street. Click here to view the location on Google Maps. 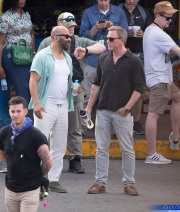 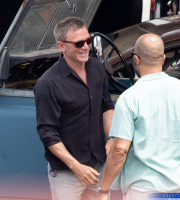 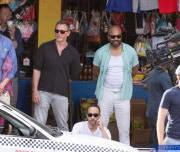 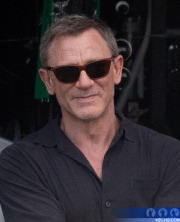 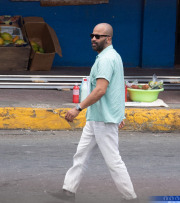 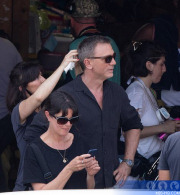 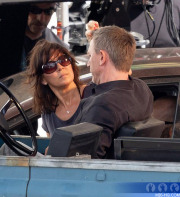 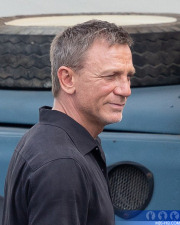