Location filming in Jamaica wrapped on Friday 10th May as director Cary Fukunaga confirmed via Instagram, and it took a couple of days for some more photos of the set to emerge. Additional shots of Daniel Craig on a yacht off the north coast of Jamaica were captured with the vessel flying the British Red Ensign maritime flag which marks it as a registered merchant ship (the Royal Navy stopped using it in 1864).

Also spotted for the first time in character was British actress Lashana Lynch, who is assumed to be playing an MI6 agent in the film. The scenes were shot in the specially built house that was shown at the reveal event late last month.

The cast and crew left Jamaica at the weekend and filming now continues at Pinewood Studios in England. 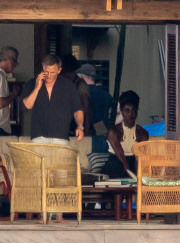 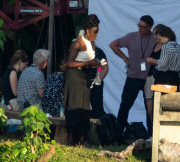 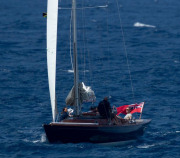