Bond 25 finally has a confirmed title, but it may have been something else

It's a Tuesday, in the middle of August, so what better time to reveal the title for the 25th James Bond film via social media?

'No Time To Die' (or NTTD as it will be known in Bond-fan shorthand) was also confirmed via a press release from Universal, who is handling international distribution of the film.  But there is a very interesting glitch in the release:

Did you spot it? 'A Day To Die is currently in production.' There are two possibilities for such an error: 1) It's a typo, 2) 'A Day To Die' was a title under consideration until 'No Time To Die' was finally selected, and it was in a draft release or on the mind of the writer. The press release Word doc was last edited by a Universal staff member.

As MI6 exclusively revealed back in June, the title that was originally under consideration for Bond 25 up until the night before the launch event was 'A Reason To Die.'  'A Day To Die' is another Bondian variation on the same theme that got us to 'No Time To Die.'

Other things to note about the title is that it has been used before, and by no other than Cubby Broccoli. Produced by the co-founder of EON Productions under his pre-Bond company Warwick Film productions and directed by Terence Young, the 1958 war film 'No Time To Die' went under the alternative title 'Tank Force' outside of Britain.  It shares a lot of Bond connections, including starring Luciana Paluzzi ('Thunderball'), Anthony Newley (who wrote the lyrics for 'Goldfinger'), Robert Rietty (various character dubs), stuntman and Connery-double Bob Simmons, cinematographer Ted Moore, and art director Syd Cain. 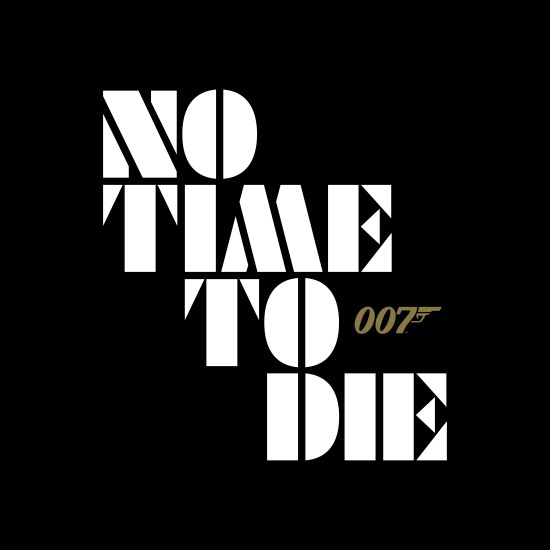 For the graphic designers out there, the 'No Time To Die' title treatment uses the stock font Futura Black, created in 1929. It has been used on numerous titles on movies, books, and TV over the years, including Bond girl Honor Blackman's 'Book of Self Defence.' The 'No Time To Die' title treatment was designed by Matt Watson at Empire Design, who have been working on the Bond film posters since 'Casino Royale'.

Back on July 19th on the James Bond & Friends podcast, David Leigh jokingly suggested a budget-saving title for Bond 25. Start at 1 hour, 18mins and 20 seconds.