Matthew Field reports from the book launch event in London

Published by Bloomsbury’s 'Academic' imprint comes Fashioning James Bond: Costume, Gender and Identity in the World of 007 by scholar and Bond aficionado, Dr. Llewella Chapman. Launched on 11 November 2021, the author took part in a Q&A with Ian Kinane, editor of the International Journal of James Bond Studies, at Kensington Central Library in London.

Chapman, who studied for a Bachelor of Arts in costume design at the University of Leeds and a PhD in film history at the University of East Anglia, draws upon her knowledge to explore a unique area of Bondiana. “I think what we have seen since the release of 'Casino Royale' in 2006 is a ‘cultural turn’ in academics researching and writing about Bond: yes, more women are writing on Bond - Alexis Albion, Lisa Funnell, Claire Hines, Stephanie Jones, and Melanie Williams to name a few examples - which is fantastic, but people are writing on Bond from a broader range of perspectives than those who mainly work in the area of film studies too: geopolitics, gender, LGBTQ+, and race, to name a few examples.” 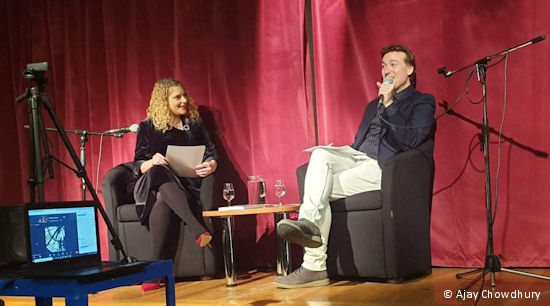 Chapman spent more than six years researching and writing the book and has accessed a fascinating range of archives, pulling information from scripts, call sheets, costumes design notes, cost reports, and trade publications. She presents a fascinating blend of behind-the-scenes anecdotes and critical analysis. Previous books have covered the subject, most notably 1996’s ‘Dressed To Kill’ by Nick Sullivan, Neil Norman, Jay McInerney, and Nicholas Foulkes and more recently, Peter Brooker and Matt Spaiser’s ‘From Tailors With Love’. But Chapman’s work is the first to delve deeper into the wider world of costume design and fashion brands seen in the Bond movies, while also encompassing the characters beyond 007 such as the women and villains.

Chapman investigates the influence the costume department has had in relation to the rest of the filmmaking team in shaping Bond’s look, “I discovered that the costume designer, by way of comparison with the director, scriptwriter, producer and production designer, was rarely interviewed about their designs for Bond films historically and often appear invisible.” She examines the agency the Bond actors themselves have had on 007’s sartorial choices, “Moore requested that Cyril Castle tailor his suits and with cloth manufactured by Pearson and Foster owing to his employment as a consultant with the firm – I discuss Moore’s work for Pearson and Foster in Chapter 6.”

Beyond the key tailors such as Anthony Sinclair, Doug Hayward, Cyril Castle, Brioni, and Tom Ford, Chapman celebrates the work of many individuals such as Frank Foster who made shirts for every Bond movie up to 'A View To A Kill' and wardrobe master, Tiny Nicholls, who worked on a number of Moore films. “One of my favourite people to write about was Eileen Sullivan: the wardrobe mistress who worked on the first five Bond films. Sullivan went uncredited in 'Dr. No', however in 'From Russia With Love', she is not only credited but also receives a walk-on part!” The author also secured the support of individuals such as Natalie Watson, daughter of Anthony Sinclair, who provided fascinating material for the book. 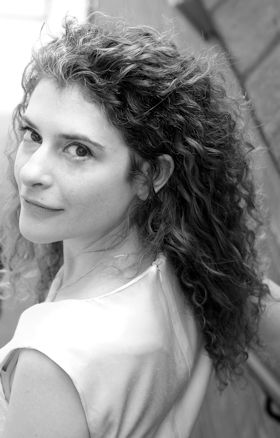 ‘Fashioning James Bond’ reveals some interesting and unknown behind-the-scenes stories, “Harriet Sandys, who owned a London-based shop Out of the Nomads Tent in the 1980s, was employed to source costumes for 'The Living Daylights' Afghanistan scenes. Sandys employed men disabled by war who worked for Afghanaid UK and Afghan widows and women in purdah who were employed by the Danish Sewing Project charities to assist in making costumes for the Mujahedeen soldiers.”

Asked to pick her favourite ‘costume moment’ Chapman cited the scene in 'Thunderball', when Bond, dressed in a light grey sharkskin suit with a mid-blue cotton shirt and a midnight blue grenadine tie, heads out to the junkanoo with Fiona Volpe who has slipped into an ice-blue cocktail dress and dark blue feather boa designed by Anthony Mendleson. “The blue hues of both Volpe and Bond’s costumes are reflective of the personalities and their mirroring of one another in relation to character.” Chapman also admires the work of Lindy Hemming and her wardrobe team on Elliot Carver’s cocktail party scene in 'Tomorrow Never Dies', “The waiting staff are wearing newspaper print jackets and cocktail dresses which had to be designed using personal stories and images sourced by wardrobe personnel so as to avoid issues over copyright.” 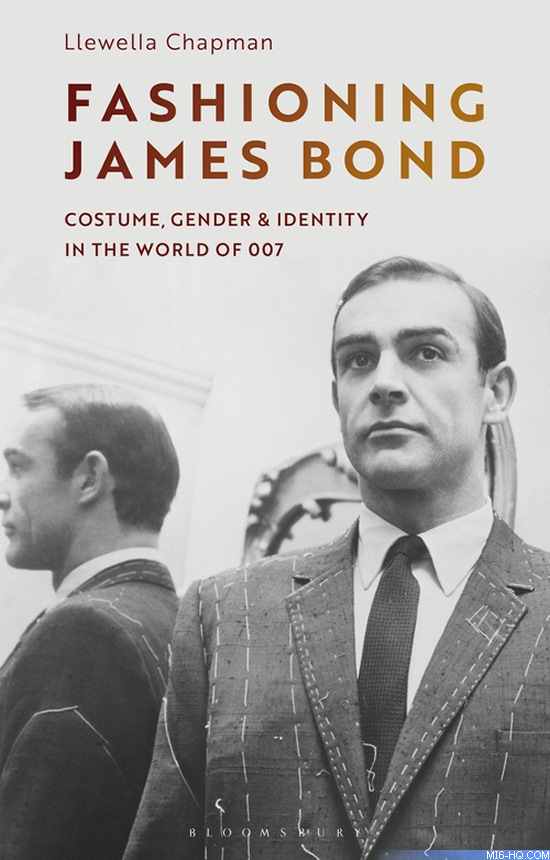 The book ends with 'SPECTRE' but in conclusion, the audience were keen to know what Chapman thought of Suttirat Anne Larlarb’s work on 'No Time To Die', “I particularly loved the costumes that were sourced for Paloma (Ana de Armas) as I found them to be evocative of two previous ‘Bond girls’ costumes, namely Anya Amasova (Barbara Bach) in 'The Spy Who Loved Me' and Paris Carver (Teri Hatcher) in ‘Tomorrow Never Dies’. In ‘The Spy Who Loved Me’, Anya wears a backless and floor-length midnight-blue silk evening gown attributed to Baroness Franka Stael Von Holstein, and the silhouette and colour of Paloma’s gown, sourced from Michael Lo Sardo’s ’Alexandra’ range reminds me of this. Paloma’s diamond necklace, sourced from Chopard’s ‘Green Carpet’ collection, is reflective of Paris’s ‘Bond necklace’ designed by David Morris in relation to both shape and stone.”

Llewella Chapman is currently working on her next book; a BFI Film Classic on 'From Russia With Love' (Bloomsbury, 2022).

Final point: If readers of MI6 use the discount FASHIONINGBOND (for the UK) or FASHIONINGBONDUS (for America) direct via Bloomsbury's websites they'll receive a 35% discount.