30 years ago as Lois Maxwell was pensioned off as Miss Moneypenny, she passed her judgment on the Bond Girls

30 years ago, Lois Maxwell went public as having been 'pensioned off' from her role as Miss Moneypenny. She gave an interview to the Sydney Morning Herald and spilled the beans on the three 007s she had starred with and some of his leading ladies. This is the fourth part:

At their first meeting in London in 1961, Lois Maxwell, who was to play Moneypenny, and Sean Connery decided that their characters had in the distant past enjoyed a discreet fling.

So it was that Lois Maxwell - described in a gossip column of the day as an actress of some, but not much, repute - became Miss Moneypenny, the redoubtable first of the Secret Service, the Mata Hari of the Tipp-Ex. All the time she knew what the Bond fans didn't - that she really was in love with James. 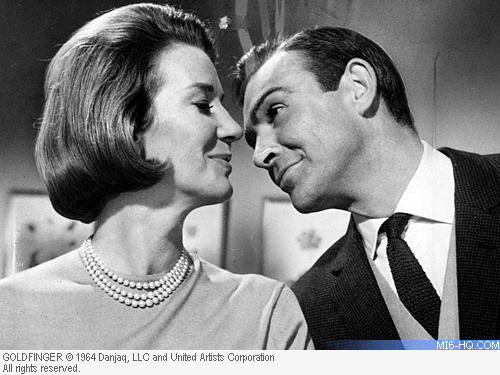 It did wonders for her acting technique and she was to be part of the Bond team longer than Sean Connery, George Lazenby and Roger Moore combined. She also knows more about the life "below stairs" on the Bond films than anyone else. And more, in particular, about perhaps the most notable phenomenon of the Bond films.. the spectacular women that adorned every other frame.

"Thy are an unbelievably dreary lot. They may look absolutely gorgeous but their minds are blank. Their faces are completely forgettable," she says.

"The only ones who impressed me as people were Ursula Andress, who had a body like a dream. Honor Blackman, Diana Rigg and, of course, Grace Jones, who overwhelmed everybody, particularly Roger Moore." 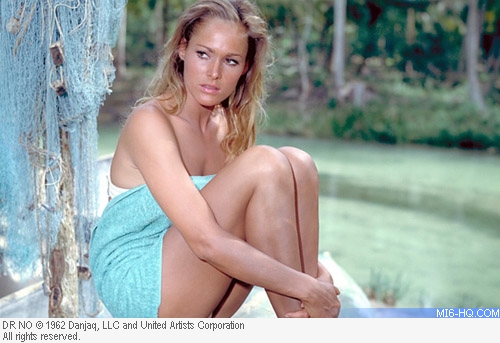 "The Bond people have this idea of physical perfection. But I think it would have been good to have someone like Glenda Jackson in a Bond film - not that she would probably do it."

"I think my least favourite Bond girl was Britt Ekland. After the press conference for 'The Man With The Golden Gun', she said to me: 'You know, there hasn't been one Bond film which has turned the female star into a great international star. But I'm going to be the greatest star of the firmament after this.'" 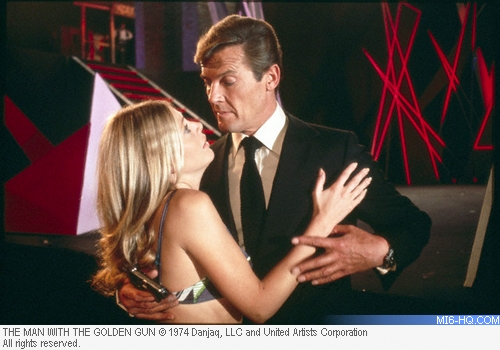 "Britt spend the film looking totally silly as Bond's sidekick in her bikini. She's got a pretty face - but a body like a sparrow. Yet, she was right in some ways. Look at Ursula Andress. She's a lot of fun, a terrific woman. But after walking out of the sea in 'Dr. No', she never exactly became Meryl Streep or Lana Turner."

"Barbara Bach, in 'The Spy Who Loved Me', was one woman with whom Roger found it very difficult to act. She looked gorgeous. But I remember the scene where he had that plunging black dress that went down to the navel. As they did it again and again, Roger caught my eye and rolled his eyes to heaven." 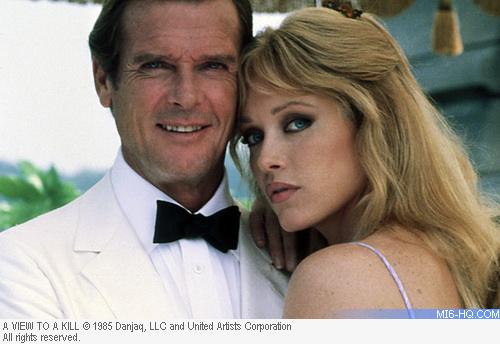 "I also remember a strange incident with Tanya Roberts, the American actress in 'A View To A Kill'. We were expecting her at Pinewood when a huge crate arrived, sent by air express to Cubby Broccoli from California at Lord knows what cost. She had sent over all these ordinary things like hair bleach and conditioners. She seemed to think she was filming in chad or something. It was all very odd. Can you imagine it?"