As Universal will distribute Bond 25 next year, Greg Bechtloff looks back at the history of the 106 year-old studio

After a frustrating few years, the silence was broken in May 2018 with the announcement that Universal Studios would be the new studio partnering with MGM and Annapurna Pictures on the James Bond films. After multiple rounds of negotiations with most of the Hollywood giants, Universal was confirmed as the new studio for international distribution. At the same time, Oscar winner Danny Boyle was announced as director for the fifth (and likely final) Daniel Craig film and the 25th film in the overall series.

But how many James Bond fans really know the story of Universal Pictures beyond its logo and its tourist park?

MI6 has tasked itself with a primer for Bond fans on the history of Universal Studios and its connections to the James Bond series.

Beginnings
The story starts with Carl Laemmle (pronounced Lem’lee), a dry goods merchant. Born in Germany, Laemmle immigrated to the United States where he settled in Chicago.

Having tired of paying fees to Edison for both the nickelodeon equipment and content, Laemmle and a group of others decided to create their own entertainment company. In 1912, Universal Pictures was formed. As such, it is now the oldest operating studio in the United States but still younger than European studios such as Gaumont. 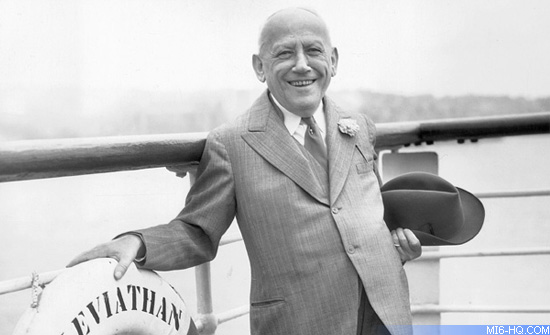 One of Laemmle’s earliest innovations was to actually name the actors appearing in Universal films. Thomas Edison did not name the performers in his nickelodeon pictures. This break by Laemmle created “stars” and “billing”, two pillars of films to this day.

Laemmle also discerned that southern California was where the American film industry was going to be based. He moved Universal to the Los Angeles area in 1915. Near the Cahuenga Pass on the outskirts of the city of Los Angeles, Universal City Studios stands here to this day.

Unlike other studios such as Disney, Paramount and MGM, Laemmle opened his studio to tours from the very outset. Also unlike other studios, Laemmle did not pursue affiliated theatre chains. He also preferred to self-finance his own films rather than take on debt.

Universal catered to middle-brow American tastes with its safe but unremarkable slate of films. Things changed though in the 1920s when the studio was run by Irving Thalberg. Thalberg started out as Carl Laemmle’s secretary but recognising his talent, Laemmle made the young Thalberg Universal’s chief.

Under Thalberg’s reign, Universal scored hits with classic silent films such as ‘The Hunchback of Notre Dame’ (1923) and ‘The Phantom of The Opera’ (1925). Both these films starred character actor turned box office draw Lon Chaney.

Irving Thalberg’s tenure at Universal was short as the young hotshot was snatched away to MGM by Louis B. Mayer. Irving Thalberg’s run at MGM is legendary – but that is a tale for another time. 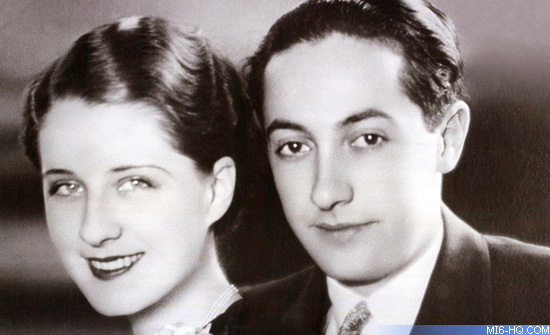 Incidentally, this is the same Mr Thalberg whose name was given to the lifetime achievement award from the Academy Awards. It is awarded for a body of work. One notable winner was Albert R. Broccoli who received the award in 1982 for his work on the James Bond film series.

In 1928, Carl Laemmle gave his son Carl Laemmle, Jr. control of the studio as his 21st birthday present.  Laemmle Jr. “modernised” Universal by finally buying a theater chain and bringing the production facilities into the “talkies” era.

One of Carl Jr’s greatest legacies was his stewardship of a spate of horror films that are esteemed to this day. ‘Dracula’ (1931), which starred Bela Lugosi as Count Dracula, is a timeless telling of the Bram Stoker legend. Much like Sean Connery’s take on James Bond, all subsequent castings of Dracula are measured against the Bela Lugosi version. Never mind that Lugosi really doesn’t tally with the novel’s description of the character…just like Sean Connery and Fleming’s Bond! 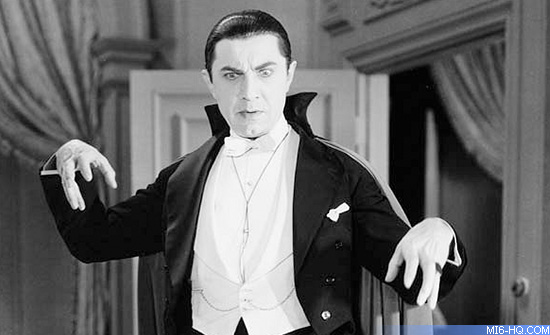 ABOVE: Bela Lugosi as Count Dracula

The 1931 Spanish language version of Dracula has also taken its place in film history as a seminal Universal horror film. Before the era of dubbing, the studio would film a second version for different international markets. The Spanish version of Dracula used the same sets but featured Latino actors.

End of An Era
All good things must come to an end though. The lavish 1936 remake of ‘Show Boat’ forced the Laemmle family to take on debt for the first time in Universal’s history. When the film ran over budget, the lender, Standard Capital, foreclosed and the Laemmles were forced out. Standard Capital’s Universal returned to its “standard” fare of middlebrow films that are pretty much forgotten now.

Universal went through a few owners in the postwar years. These included British film mogul J. Arthur Rank and Decca Records, which bought Universal in 1952.

Things chugged along in the 1950s but the American studio landscape was undergoing seismic shifts. The end of the studio contract system and the rise of television both fundamentally altered the  American entertainment world. Like other Hollywood studios, Universal stagnated.

Enter MCA
n 1958, the mega-talent agency Music Corp of America (MCA) took over the Universal lot. Under the aegis of Lew Wasserman, the top tier MCA roster ostensibly became the Universal roster. One significant MCA client was director Alfred Hitchcock. From this point onwards, Universal was the primary home of Alfred Hitchcock.

For whatever reason, many James Bond fans tend also to be Alfred Hitchcock fans, this writer included. Hitchcock’s legendary run of pictures were all pretty much housed at Universal. These films include 'Vertigo', 'Psycho', 'The Birds' and 'Marnie' which starred Sean Connery. It somehow seems fitting now that James Bond inhabits the same studio that Alfred Hitchcock did. 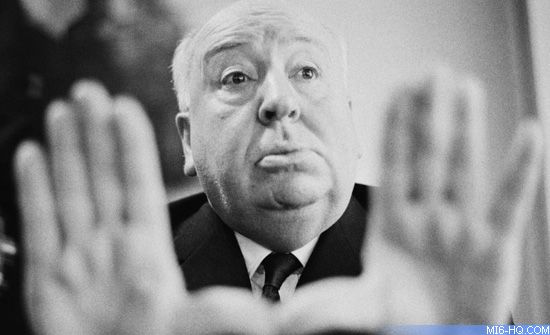 The famous Alfred Hitchcock Presents television series was also based at Universal and was a byproduct of MCA’s aggressive embrace of television programming.

One exception of this Hitchcock-Universal run was ‘North by Northwest’ which was done for MGM. This 1959 Cary Grant film is widely considered to be the “blueprint” to the James Bond films. Go figure.

If you can permit another digression, Bond fans should be aware that one of the most famous episodes of ‘Alfred Hitchcock Presents’ is “Lamb To the Slaughter” starring Barbara Bel Geddes. This episode was one of the handful that Hitchcock himself directed for the TV series. It was based on a Roald Dahl story about a woman who kills her husband by blunt force trauma with a frozen leg of lamb. She then cooks the leg and serves it up to the police whilst they wonder why they cannot find the murder weapon. This idea was given to Roald Dahl by Ian Fleming himself!

In 1962 MCA and Decca merged, which solidified MCA control of Universal Pictures. With the A-list talent from MCA and deeper pockets, the new Universal pursued prestige products from this point onwards. Gone was the bland fare that the old Universal was known for.

Stretching into the 1970s famous Universal films included ‘Airport’ and ‘The Sting’. They also produced ‘American Graffiti’ by a young filmmaker named George Lucas. Another young talent was Steven Spielberg who directed episodes of the Universal television series ‘Night Gallery’ before moving onto early successes such as ‘Duel’, ‘The Sugarland Express’ and a small film called ‘Jaws’.

An Almost Bond
Universal almost played a major role in the James Bond series at this point in time. After the soft reception of ‘On Her Majesty’s Secret Service’ in 1969, the thinking was to make the next Bond film ‘Diamonds Are Forever’ more American in theme. American writers and stars were the order of the day including the casting of American actor John Gavin as James Bond. American locations such as Las Vegas were to be featured. EON also initially thought that the production would be based at Universal Studios. That idea went by the wayside and Pinewood eventually prevailed. The parking lot car chase between James Bond and the Las Vegas police was, however, filmed at Universal Studios. 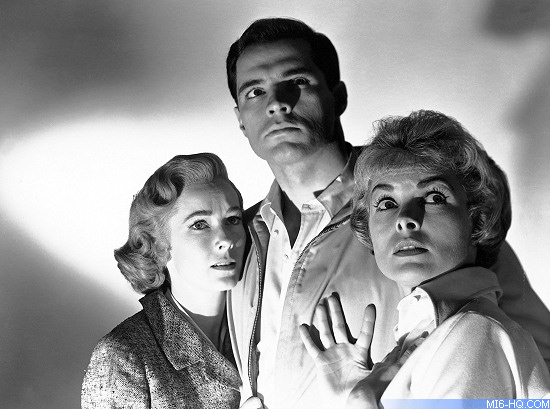 On the corporate side, Universal’s trajectory from the 1970s to the present day followed the arc of many American studios through numerous sales. Famous owners of Universal from then to now included Japan’s Matsushita, Canadian drinks giant Seagram, France’s Vivendi and General Electric. GE owned the NBC television network which solidified the marriage between Universal and NBC. In 2011, the present owner, Comcast, bought the studio.

How Did They Do It?
Bringing us up to 2018... some Bond fans have wondered how Universal emerged as the new studio to partner with MGM on the James Bond films. Sony Pictures bankrolled the Bond films from 'Casino Royale' through 'SPECTRE'. Their contract expired after ‘SPECTRE’ but they aggressively sought to retain the series. In 2017 they went so far as to build a replica of a set from 'Dr. No' on the Sony lot in Culver City. The chairman of Sony’s parent company in Japan made his pitch to EON to stay at the studio.

After Sony, Warner Brothers was also heavily touted as to being the new studio of James Bond.

The emergence of Universal has been attributed to several factors though. An article on May 29, 2018 in the trade Screen Daily reveals several behind-the-scenes factors that led to the Universal win.

The article states that Barbara Broccoli wants a $1 billion dollar international gross for Bond 25. The 1 billion dollar mark is a hallowed goal for franchise films. Universal has reached it a few times before with franchise entries from ‘The Fast and The Furious’ and ‘Jurassic World’. That track record has allegedly rubbed off on EON.

Another factor is Duncan Clark, the President of Universal Pictures International. Clark did some type of work on ‘Casino Royale’ which makes him a known quantity to EON. He is also based in London, which makes communication with London-based EON easier than with LA-based overseers. 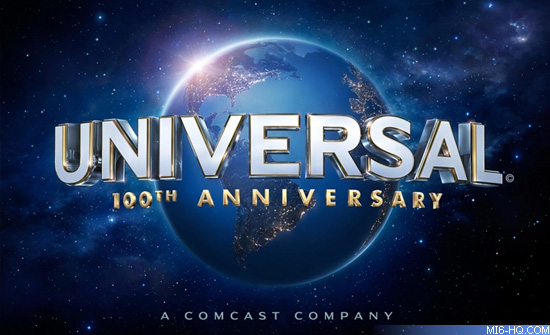 The possibility of James Bond branded attractions at Universal Theme Parks has also been the subject of speculation. Veteran Bond watchers know that this has always appealed to EON. Prior attempts at Bond themed attractions were pursued in the 1990s.

It must be stressed though that this new Universal deal is only for Bond 25. What happens after is open to speculation. But you have to think that with all the heavy lifting that got Universal involved in the present movie that it would not just be a one-off.

In any event, let’s hope that the new team from the Universal side can bring James Bond back in style. In the oversaturated Marvel and Star Wars era that we live in now, I for one can hardly wait for James Bond to return.