The title sequence of the 19th James Bond film 'The World Is Not Enough' was moved to follow the boat chase as the banker scene was not considered exciting enough for test audiences, thereby creating the longest pre-credits sequence in the series.

Wrong! The truth is, the titles were always intended to follow the boat chase. 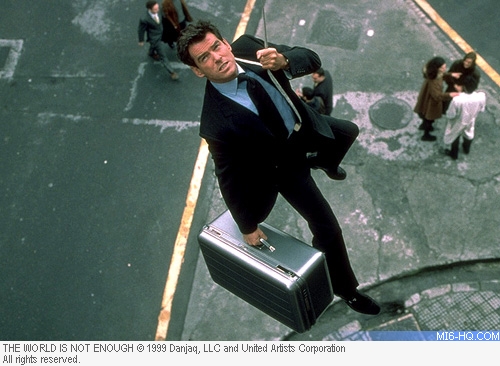 The myth that the titles should have followed Bond jumping out of the window in Bilboa is perpetuated by trivia claiming director Michael Apted moved the boat chase in front of the credits as test audiences were not satisfied. This is somewhat believable, as who would have planned a 15-minute pre-credit sequence? It turns out, it was always the plan.

The first draft script by Neal Purvis & Robert Wade (dated June 18th, 1998) opens in Cuba where Bond is tasked with discovering who has leaked MI6 plans whilst retrieving Sir Robert KiIng's money. The Cigar Girl kills the banker and Bond escapes, this time using the counterweight of a lift shaft. Scenes continue back in London with M and play out much like the final film. One major change is that Q is working on a new jetpack, which Bond commandeers when King explodes along with his money. Bond makes chase down by flying the jetpack down the Thames at sunset. 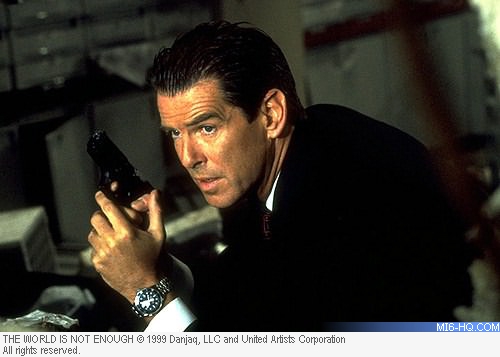 THE CIGAR GIRL looks back. Where is Bond? Nowhere in sight. Relieved, she looks ahead, concentrates on her piloting, the boat curving around the bend, when - her eyes widen - there he is, minus jet pack, standing in front of a moored ship, feet apart, poised to start firing. And he does. Blasting at her repeatedly. She fires back. Heads straight for him.

Firing continuously at one another. They can't both survive these onslaughts...

At last he gets the better of the exchange, wings her, once, twice - she lurches forward on the steering column - but the boat keeps coming straight at him. He's no time to escape as ... Boom! She crashes into the side of the ship.

The explosion roars up, yellow flames lighting up the evening sky, enveloping James Bond and burning us in to our

This first draft then moves on to the funeral scenes at Loch Lomand. 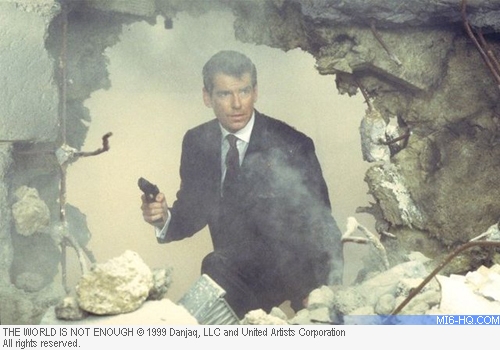 In an undated later revision by Purvis & Wade (probably late 1998), the opening scene has been moved from Cuba to Geneva and is a lot closer to what was seen in the finished film. It adds the scene of Renard and Cigar Girl toasting champagne to the death of James Bond (cut from the final film) and then moves on to the familiar M/King scene at MI6. Q's new jetpack is now replaced by an experimental jet boat and the chase along the Thames culminates in a showdown atop the Millenium Dome. Instead of the Cigar Girl committing suicide, here she cuts his mooring rope, sending him plunging to the dome's roof. On the way down, Bond shoots the tank of the balloon, creating a massive fireball and taking her out with it.

Bond lands with a spectacular thudding bounce, the roof of the Millenium Dome breaking his fall.

He slides uncontrollably down the slope of the dome as scraps of burning balloon rain down all around, before he FALLS OFF THE EDGE of the Dome and lands with a THUD ON...

He struggles up, wincing in searing pain as his hand goes to his injured shoulder. He holds it, and looks up, into the sky as we zero in on the iris of...

Reflecting the massive smoke cloud from the explosion as the screen transforms into...

The sequence ends on page 13 of the draft, which by the age-old 'one page = one-minute' screenwriting rule of thumb, would put the pre-title sequence as the longest in the series. The boat chase on the page is a lot simpler than the one concocted by the second unit. 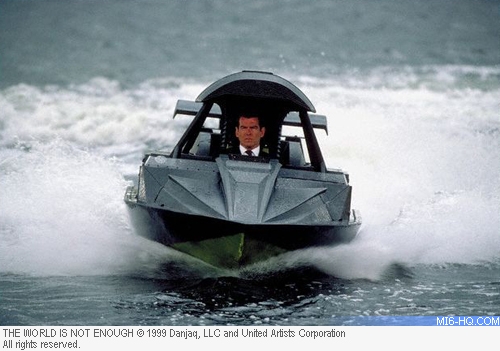 The final script, revised by Dana Stevens and then finally by Bruce Fierstein (dated January 4th, 1999), is almost screen accurate and includes the Renard introductory scene cut from Bilboa. One small difference is once again in how Cigar Girl meets her fate.

Cigar Girl pulls out a knife. She considers going for Bond's rope - but, instead, with the helicopters looming... She slashes one of the gas hoses. There's a loud hiss as the balloon fills not with air, but gas. Just then, Bond reaches the rim of the basket. Looking in, he sees her going for the flame regulator valve.

CIGAR GIRL - Not from him

She pulls on the regulator, to kill herself. Bond dives from the basket. A four-foot lick of flame shoots up to the balloon.

'THE MAIN TITLES' appears, as it did in the previous draft, as a transformation from Bond's eye. This time, however, it has moved up to page 16 due to the expansion of the boat chase in the final revisions. Going by the industry average, this final script would place the start of the titles at approximately 16 minutes into the film. 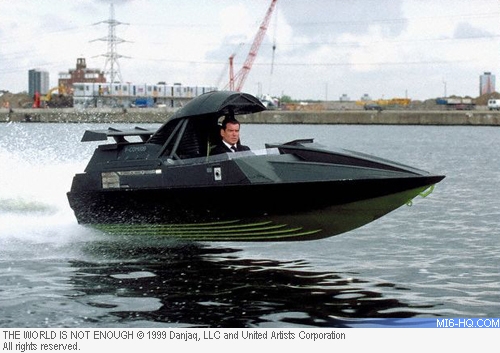 All three available scripts for 'The World Is Not Enough' have the main titles following the end of the Thames chase, whether it was on a jet pack or in a jet boat. It's a cute story to try and justify why the film had such a long opening, but it was never planned to have the pre-credits sequence consist of just the escape from the banker's office.

More The World Is Not Enough