On Thursday 18th December 1969, Leicester Square’s Odeon cinema played hosted to the world premiere of 'On Her Majesty's Secret Service' - the first 007 adventure with a different actor in the role of James Bond. George Lazenby met his public for the first and only time officially as Bond when the film premiered at the Odeon, in the presence of the Duke and Duchess of Kent. Lazenby's guest was actress Miss Polly Williams. 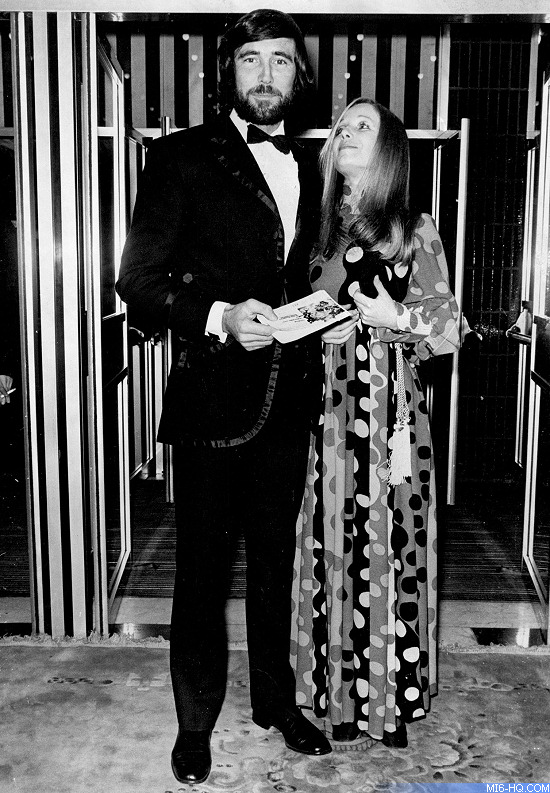 Pictured alongside his co-star Diana Rigg, he disappointed many press photographers by turning up with decidedly un-Bond-like appearance. After the screening, VIPs attended a 'Supper Dance' at the 5-star hotel Café Royal in Soho. Lazenby was seated with Harry Saltzman and some EON brass, whilst Cubby Broccoli entertained Diana Rigg and director Peter Hunt on an adjacent table.

The premiere followed an appearance a day earlier on The Tonight Show Starring Johnny Carson. Lazenby shocked the studio audience and millions of television viewers when he appeared as Carson's main guest sporting long hair and a full beard. 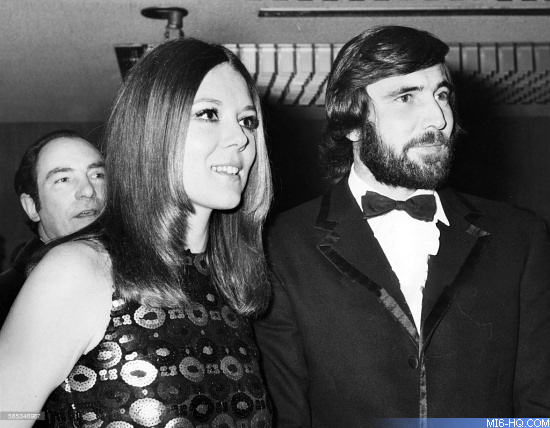 Lazenby then delivered the biggest surprise of all when he told Carson that 'On Her Majesty's Secret Service' was going to be his only Bond film, as he had decided he was quitting the role and opting out of his contract. Lazenby said he would get other acting roles, and that his Bond contract, which was one and a half pages thick, was too demanding on him. It took a few moments for Carson and the audience to realize that Lazenby was not joking. Producers Cubby Broccoli and Harry Saltzman were watching the show and were furious with Lazenby's appearance and announcement, as they felt both would severely hurt the box-office gross. 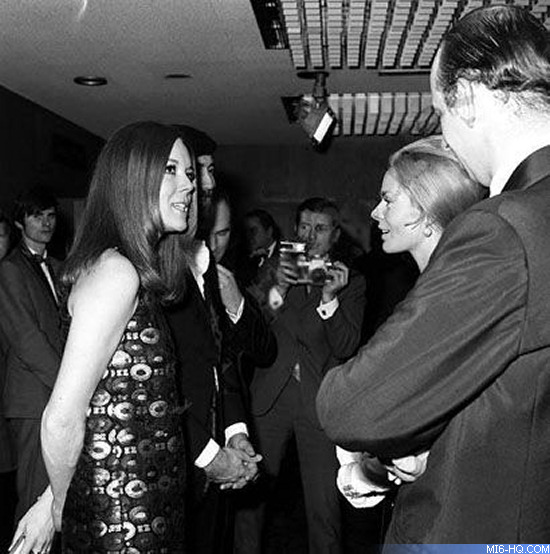 'On Her Majesty's Secret Service' opened in Los Angles on the same day as the UK, and a day later it went up against Alfred Hitchcock's 'Topaz'. Also on general release at the time was 'Hello Dolly!' and 'John and Mary.'

The film went on to make a slow but healthy return of $22,800,000 in the US to a total of $82,000,000 Worldwide. Majesty's out-grossed its nearest competitor approximately two to one at the US box office for its first 3 weeks of release, where according to Variety, it was the most popular film in the country for four solid weeks - clocking up $9,117,000 in US theatrical rentals. 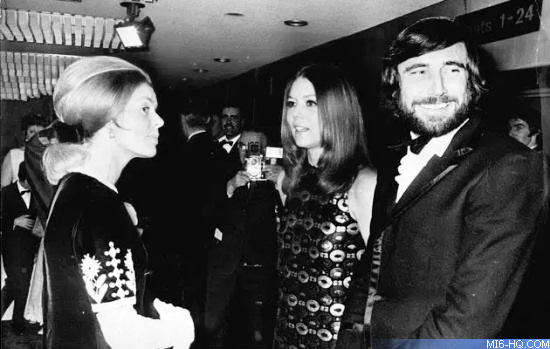 It set 3 box office records in its opening week, including the largest opening day gross, largest one-day gross, and the largest opening weekend gross. After four weeks at number one at the box-office, it fell to second place as it was replaced in the top spot by 'Easy Rider.' Majesty's was the second-highest-grossing movie at the box office released in 1969, after only 'Butch Cassidy And The Sundance Kid', which took the top spot for the year.