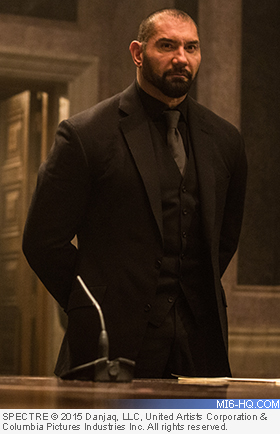 Profile
Another fit, formidable and silent killer, there is no reasoning with Mr. Hinx. He endures the onslaught of both large and the most nimble opponents and wears a wry smile when executing the bidding of SPECTRE.

Although well armed, with a unique double-barrelled Arsenal Firearms AF2011 Dueller, Hinx rarely has to weild his weapon in combat. His other hidden talent is eye-gouging, which he performs in a methodical display of strength with specially honed thumbnails. He dresses conservatively, with a preference for three-piece suits, but has a passion for ostentatious fast cars. 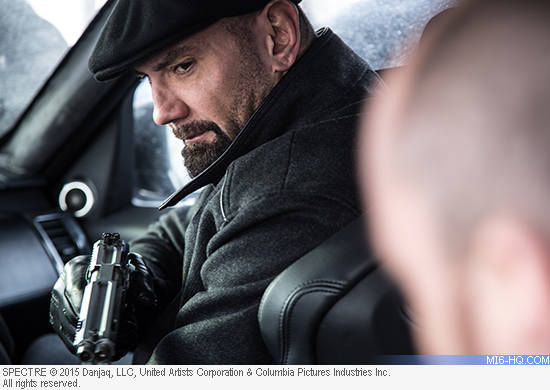 Involvement
After the assassination of their marksman, Sciarra, SPECTRE throws down the gauntlet for a new hitman. Searching for a intelligent arms expert, the board of the powerful, secret, villainous organisation are persuaded by the shear size and physical threat that is Mr. Hinx. Bond watches on as he dispatches with the rival assassin, Guerra, there and then in front of the board.

Hinx begins earning his keep immediately, pursuing Bond in a high speed automotive chase. Bond's Q-branch built Aston Martin DB10 is rivalled by Hinx's own Jaguar C-X75. Bond only escapes the henchman by staging his own death using the inbuilt ejector seat and wrecking the DB10 in the Tiber. 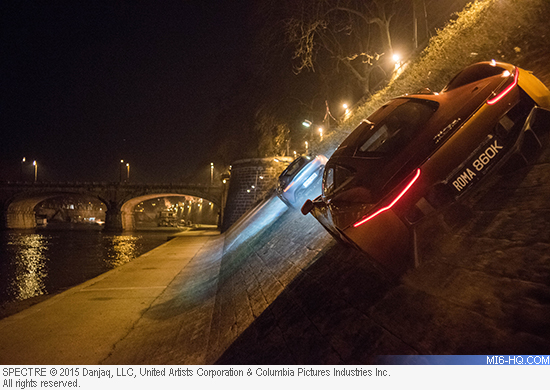 Having overheard the assignment Hinx's was initially hired for - assassinating the 'pale king' - Bond travels to Austria to get to the old Quantum Kingmaker, Mr. White. Bond and Hinx meet again at the Hoffler clinic, where White's daughter, Madeleine Swann, works. Madeleine is unconvinced that her life is endangered, and equally unconvinced that Bond can protect her, after he writes off his aircraft in pursuit of her abductor: Hinx.

Bond leaves Hinx for dead in the snowy alps, but angered and prepared to do anything to see Bond killed, Hinx stows away onboard a cross-country train ridden by Bond and Madeleine in Morocco. A brutal fight throughout the dining car, kitchen, bar, and freight carriages ensues. Hinx finally meets his end, being dragged out of the open freight door by a series of kegs attached to a chain as bond couples the villain to the chain at the last moment. 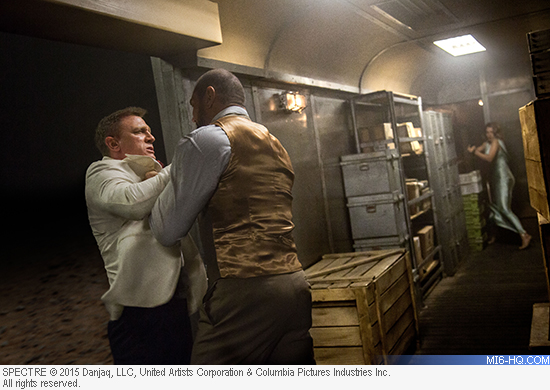 Biography
David Michael Bautista was born to Donna and David Bautista on January 18, 1969. With Greek and Filipino heritage, Bautista lived a troubled childhood and grew up in a rough part of Washington, D.C. Before trying out and winning fame in the World Wrestling Federation, Bautista served as a bouncer, bodybuilder and lifeguard. He first tried out for World Championship Wrestling where it was predicted Bautista would never make it in the profession. He succeeded where some thought he could not and entered the ring professionally in 2000 under the pseudonym Leviathan, fighting in Ohio Valley Wrestling. 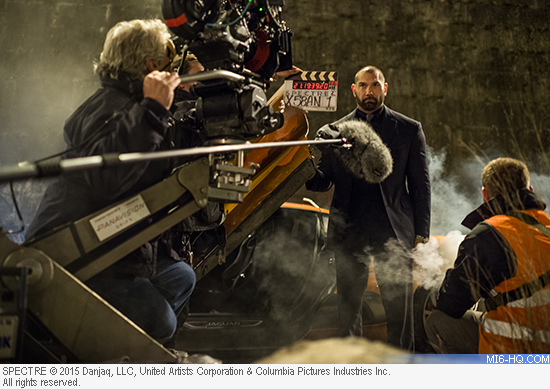 Bautista found fame amongst movie-going populations when he appeared in the filmic adaptation of Marvel's "Guardians of the Galaxy". He joined Vin Diesel (playing opposite him for the second time, having appeared in 2013's "Riddick"), Bradley Cooper and Chris Pratt. 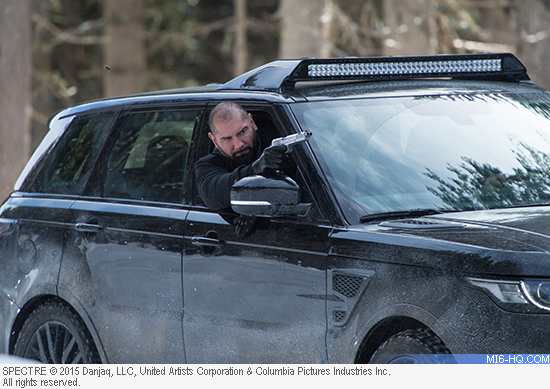 Since "SPECTRE" he appeared in "Heist" opposite Robert De Niro and Kate Bosworth, and later in 2016 he will lead the cast of "Bushwick", and action/drama in which his character, Stupe, is a veteran who must save the life of young Lucy (Brittany Snow).