Details emerge about the villain's plot in No Time To Die

Further - official - details of Safin's scheme in 'No Time To Die' have come to light, confirming long-running rumours of what the villain's plot of the film is about.

The news comes via Universal Pictures in South Korea who launched a microsite for 'No Time To Die' this week. The film opens in South Korea before anywhere else, on September 29th. 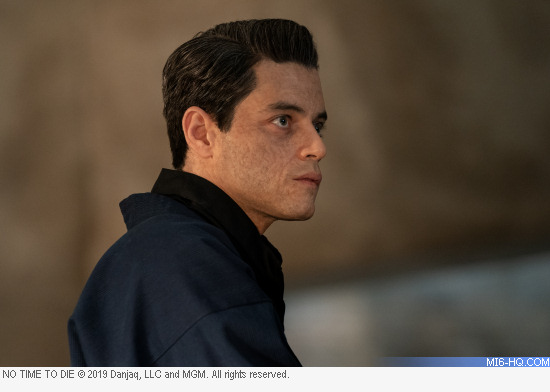 Translated, the official synopsis of the film reads, in part: "One day, a CIA agent 'Felix' (Jeffrey Wright) comes to visit. It signals the release of a new type of biochemical weapon capable of selective DNA attack. "

Blofeld's "my enemy is your enemy" line from the trailer confirms long-held suspicions that Safin is taking apart SPECTRE. This scene follows events in Cuba when everyone in the SPECTRE meeting is incapacitated by a mysterious mist - except James Bond. It was also previously reported that Daniel Kleinman was working on gene-sequencing graphics for the film's main titles.

Mistakes are bound to happen when marketing campaigns are rolled out from different organisations in multiple countries, but Universal Pictures in South Korea also made the strange move of revealing their marketing calendar. If it holds true, fans should expect to see a third set of character posters this week, a new IMAX poster next week, and perhaps a new 'final' trailer/video on September 23rd.