Bond By The Numbers: Drinks

Which Bond drinks the most and which films are the most alcoholic?

James Bond has become associated with the Vodka Martini, but in the course of his globetrotting, he has enjoyed drinks from around the world. In fact, Bond drinks a variety of different martinis throughout the filmic universe. In the early films, he orders martinis – sometimes classic, with gin, sometimes specifying vodka. For instance, in 'Goldfinger' he orders a dry martini, not a vodka martini, and 'On Her Majesty's Secret Service' Draco orders him the same. The ‘Vesper’, named after his love interest in 'Casino Royale' is a mixture of vodka and gin and a dash of dry vermouth, whilst the martini 007 sips on the train in 'SPECTRE' is a ‘dirty’ martini, named for the addition of olive brine to the potent cocktail. Hitherto Bond had shown a preference for a slice of lemon peel in the drink.

Bond also shows a propensity for wine – after all Champagne is itself wine – and he’s sampled some of the best, and worst, vintages from France to Greece and Thailand. Bond even partakes in some sake (Japanese rice wine) in 'You Only Live Twice'.

Given Bond’s diverse tastes, we’ve crunched the numbers to see which missions are the most alcoholic and what tipples Bond enjoys on each. 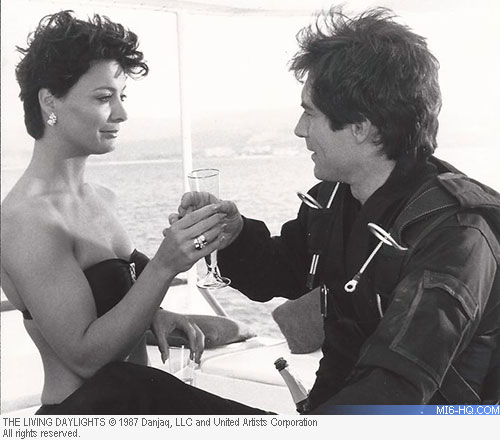 After dispatching with the imposter-00 on Gibraltar, Bond makes an emergency landing on a bronzed woman’s boat. Bond calls in the mission and confirms he’ll report in an hour. When offered a glass of bubbles, Bond remarks “better make that two”. Bond orders a vodka martini, shaken not stirred, for himself when he and Kara arrive in Austria. He is later offered Jim Beam by Felix Leiter onboard his cruiser, and Kara makes him a perfect – albeit spiked – martini in order to allow Koskov to capture 007. 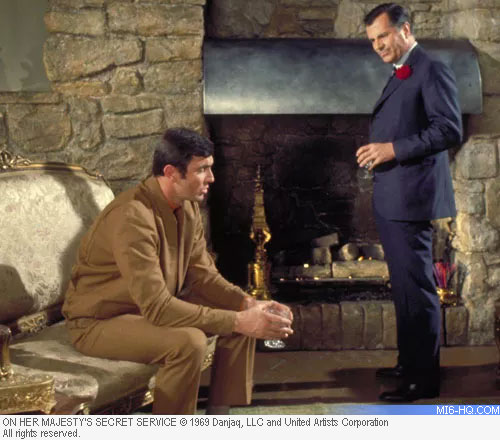 #4 'On Her Majesty's Secret Service'

Bond is offered a martini on meeting Draco and, at Draco’s birthday in Portugal, Bond, Tracy and Draco share a bottle of Champagne. In Switzerland, Bond drinks malt whisky and branch water at the Piz Gloria bar, and he and the girls are served Champagne at dinner with Irma Bunt. After escaping Blofeld’s mountaintop clinic, Bond humourously puts in an order for Brandy with the St. Bernard – who could blame him? – and Champagne is again drunk at the wedding. 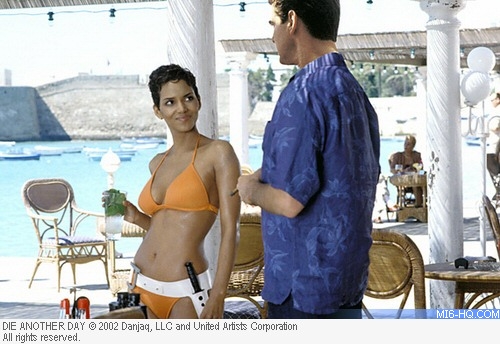 On this cool mission Bond partakes in two of his favoured martinis, with plenty of ice, but also enjoys a rum cocktail – the mojito – with Jinx on the Cuban beach. When he checks out of M’s care and back into the Hong Kong hotel, Bond scrubs up and enjoys an iced bottle of Bollinger. He also drinks neat rum, twice, with Raoul, the Cuban cigar-making sleeper agent.

On the mission to thwart underworld banker, Le Chiffre, Bond hits the bottles pretty hard. He enjoys a Mount Gay and soda at the One and Only Club, and after a brutal battle on the stairs at the Montenegro hotel, Bond succumbs to a neat whisky. He famously invents the ‘Vesper’ on this mission and enjoys several of these – one of which was spiked – throughout the high-stakes card game. Before the poker commences, Bond and Vesper enjoy a Bollinger with Mathis. Finally, Bond and Vesper sip a rare red Bordeaux on the train to Montenegro. 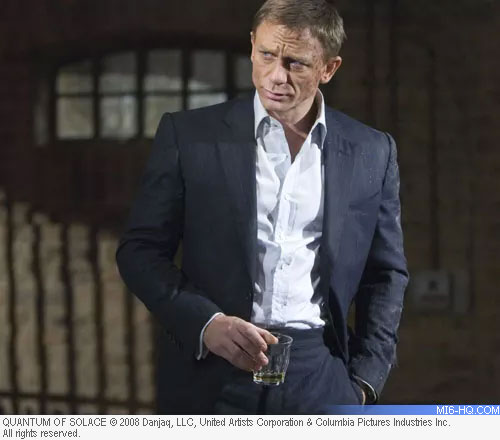 The follow up to the 'Casino Royale' mission is equally flush with drink, but the undoubted storm in a teacup is Bond’s sipping of a beer with Felix in Bolivia. This, of course, is not the first time Bond drinks beer. He and Pam are served a Budweiser each in Flordia on the 'Licence To Kill' mission, and Fleming even has the character enjoy a beer in ‘On Her Majesty’s Secret Service’. After chasing M's disloyal bodyguard through the streets and sewers of Siena, 007 sips at a neat scotch. Bond also partakes in an Italian bianca with Mathis when he visits his old friend to drag him from retirement. But perhaps the main reason this mission tops the beverage chart is 007’s drowning of his sorrows en route to Bolivia, in the Virgin aircraft’s first-class bar. In this scene, Bond glowers at Mathis as the bartender reveals 007 is on his sixth Vesper.

In the end, the numbers reveal a penchant for wine and Champagne, particularly from Roger Moore and Timothy Dalton, whilst Connery enjoyed the widest variety of mixed drinks. Daniel Craig's 007 tops the list of most martinis consumed, drinking an average of nearly three per film. Nobody drunk less than Roger Moore, who was a tea-totaller by comparison with those who would come after him. Other than martinis, Bond's most plentiful tipples are Champagne, and whisky, followed by rum and beer.

MI6 reminds you to consume your martinis responsibly.