'No Time To Die' is the 25th official film in the series, following 2015's 'SPECTRE', to be made by EON Productions. In North America, it will be distributed by MGM and Annapurna Pictures under the reinvigorated banner of United Artists. Universal will handle distribution internationally.

After the global COVID-19 pandemic limited cinema attendance, 'No Time To Die' was pushed back twice, first from April 2020 to November 2020, and in October 2020 it was announced that the producers would be targeting April 2nd, 2021. In the run-up to the second COVID-related delay, a music video for Billie Elish's title song, as well as partner advertising for Omega, Nokia and DHL were released.

The news was announced in a tweet on Friday 2nd October, reading: MGM, Universal and Bond producers, Michael G. Wilson and Barbara Broccoli, today announced the release of No Time To Die, the 25th film in the James Bond series, will be delayed until 2 April 2021 in order to be seen by a worldwide theatrical audience. We understand the delay will be disappointing to our fans but we now look forward to sharing No Time To Die next year.

Click here for a full timeline of proposed release dates.

Pre-Production
Danny Boyle and screenwriter John Hodge were attached to the film in pre-production. However, in August 2018, the producers (including Daniel Craig) announced that Boyle had departed the project due to creative differences. After a month of speculation, American director Cary Joji Fukunaga was hired to direct and the release-date bumped by two months to 14th February, and then a further delay to April.

Production
Daniel Craig will return as 007 for the fifth and final time. Principal photography began on April 28th 2019 in Jamaica, although some footage was already captured in March in Norway. 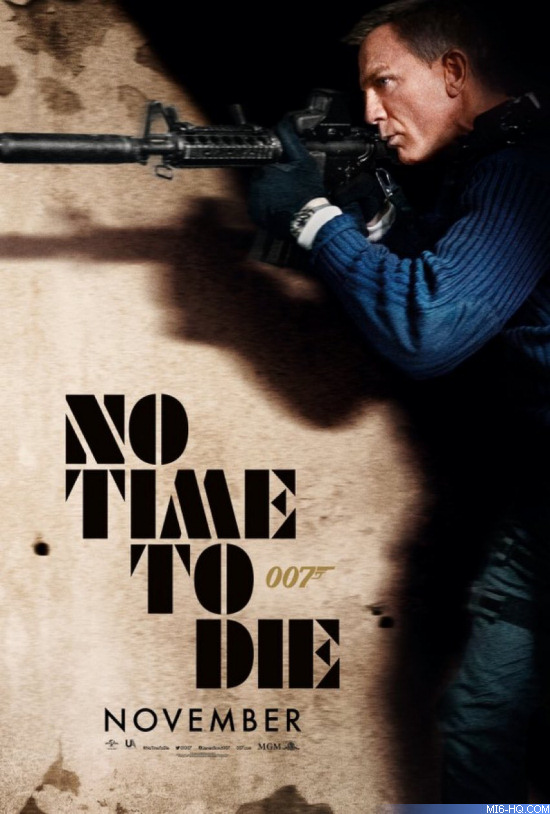 Stay tuned to MI6-HQ.com for full coverage of the pre-production of James Bond 25, the new James Bond movie starring Daniel Craig, due April 2021.

Now You See It

Events The Museum of Bond Vehicles + Espionage debuted its plans and design today in Illinois, USA