The era of James Bond retro-games spans 10 years from 1983 to 1993 with a total of 10 officially licenced games* released for a myriad of hardware systems ranging from the very early home video game consoles to the American and British home microcomputers. During this time, Roger Moore's tenure as 007 was wrapping up and Timothy Dalton would only make two films, both of which would see computer game adaptations.

The long break before Pierce Brosnan took over following the film series hiatus and the wait for the fifth generation of gaming systems in the mid-1990s were major factors in fans only seeing one game published between 1991 and 1997.

Games released in the retro era vary from arcade action to role-playing text adventures, with Domark the predominant publisher responsible for six of the ten titles, all of which were movie adaptations except for 'The Duel'. 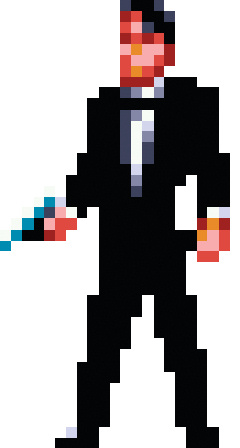 Bond's gaming history could have been very different if the great video game crash in America had not occurred in 1983 and saw the downfall of Atari. After the first game 'James Bond 007' was handled by Parker Brothers in America, publishing rights switched to Domark in the UK to coincide with the 1985 film 'A View To A Kill' and the surge of the British home micro scene.

* Two more games, 'Lord Bromley's Estate' and 'Q's Armoury' were published as part of the ZX Spectrum 007 Action Pack hardware bundle, but not as standalone titles. There was also an unlicenced adaptation of 'Octopussy' released in Slovakia in 1992 as well as the cancelled Parker Bros title of the same name.