You will not believe THIS story about James Bond

Lashana Lynch is not playing James Bond in Bond 25.

But that is what a lot of newspaper and movie news websites would have you believe through their misleading headlines or poor reporting. Lynch's character Nomi may in well be a 00-agent in Bond 25, and perhaps 007 specifically, but Daniel Craig will still be playing James Bond. 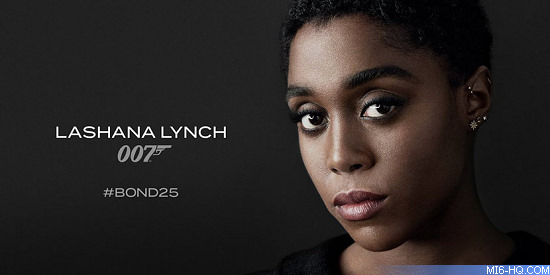 The blurring of James Bond (the character) and 007 (his designated code number) has become rife in recent years, especially as the film series has used the two nouns interchangeably when promoting the films.

James Bond was not the first 007. In Anthony Horowitz's excellent continuation novel 'Forever And A Day', released in 2018, its very first line reads "007 is dead." According to the book, which is considered literary canon, the 007 preceding James Bond was shot three times and killed on assignment in the South of France in the year 1950. His body was discovered in the waters of Marseille. He was the first to hold the 007 title, and was in the first batch of 00 agents.

MI6 assigns new recruit James Bond to the number as it is vacant. It was that first line as the hook for the story that brought Horowitz back to write the follow-up book. He has perhaps beaten the film series to the punch with this idea, but Bond 25 appears to be deploying the twist at the end of Bond's career, rather than the beginning.

With Bond retired from the secret service at the end of 'SPECTRE' having drive off in the sunset with Madeleine Swann, MI6 has new agents to recruit and a 00 number to fill. For years, EON has been pestered with media speculation of a black Bond or a female Bond, even though Daniel Craig was actively employed in the role. This twist of recasting the code number with a different character could be the ultimate double fake-out. 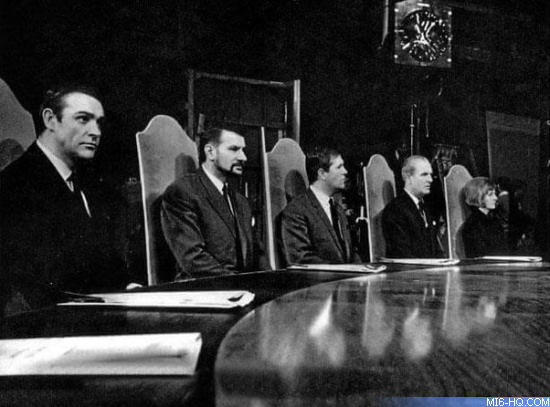 A similar stunt has been tried before, to a lesser degree. Back in 2002 in 'Die Another Day', an agent sits down opposite Judi Dench's M to receive a mission briefing. But it's not James Bond when the camera angle reverses, rather the young female agent Miranda Frost. Later, when confronted about his 00-status, Bond seduces Frost with the line "it's just a number."

There has been screen-proof of multiple people sharing the same 00-numbers in the film franchise. 002 was held by Bill Fairbanks up until events preceding 'The Man With The Golden Gun' (he is said to have been killed by Scaramanga), but then a new agent takes up the 002 code number in the pre-titles of 'The Living Daylights'.  009 is killed in 'Octopussy' and then a new agent using the 009 moniker is responsible for a botched assassination of Renard in 'The World Is Not Enough'. 009 turns up again, albeit offscreen, as the planned recipient of the new Aston Martin DB10 in 'SPECTRE'. There have also been female 00-agents in the film franchise before, seen on screen during MI6 briefings in both 'Thunderball' and 'The World Is Not Enough'.

James Bond has not always been 007 in his adventures, either. He is off active duty in 'Licence To Kill' after his resignation from the service has been granted. More recently in 'Skyfall', Bond is considered dead for three months. Presumably, MI6 did not have enough recruits to fill his 007 number before his eventual return. In the novels, Bond is given diplomatic duties in 'You Only Live Twice' and assigned the number 7777, suggesting there was no active 007 during that time frame. Bond was subsequently reinstated as 007 in the following book, 'The Man With The Golden Gun'.

The Daily Mail was primarily responsible for triggering the confusing coverage of this Bond 25 rumour today and setting social media alight. The idea of Nomi being an MI6 agent that takes up the 007 number as Bond is retired is not new. The James Bond & Friends podcast first theorized the possibility in early episodes, specifically in Episode 0011 (segment starts at 15:00).

How a retired James Bond will react to someone else using his 007 code number has great potential.